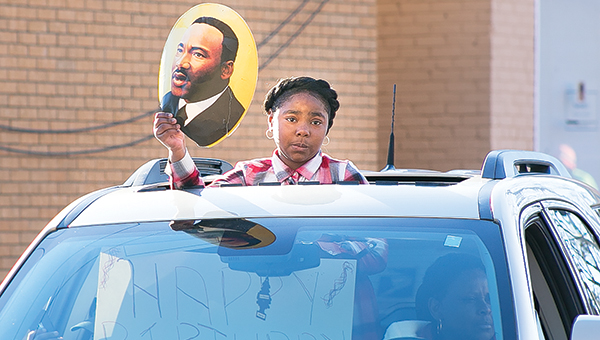 Photos by Kaitlin Mullins / Above, a young lady peeks from a sunroof holding a photo of Martin L. King Jr. during  Sunday’s parade. Brookhaven Police Chief Bobby Bell led the convoy, followed by fire trucks and parade organizer Bernetta Character followed in the last vehicle in the parade. Below, a young man joins a pack of motorcyclists in the parade honoring King that made its way through downtown Brookhaven. 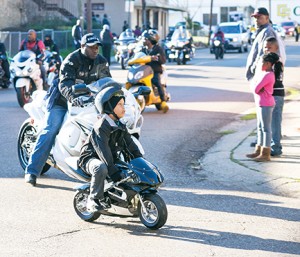