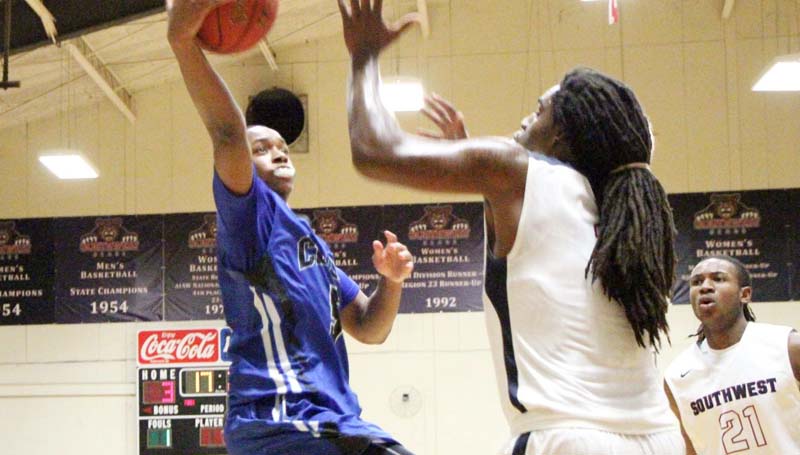 The Wolves fell behind quickly as the Bears shot 13-of-18 (72 percent) from behind the arc in the first half. This deficit would prove to be too much for the Wolves to overcome. The Bears gave Co-Lin plenty of opportunities throughout the contest to make up points from the free throw line, but the Wolves finished the game shooting only 39 percent (12-of-31) from the stripe. The Bears shot a sizzling 53 percent from the field (32-of-61) and 16-of-25 (64 percent) from beyond the arc for the game.

“They just had such a good rhythm, we didn’t play awful in the first half, it just looked like it because they hit a lot of shots,” said Co-Lin head coach Kenny Bizot. “We did great in the second half making shots, we just couldn’t prevent them from scoring.”