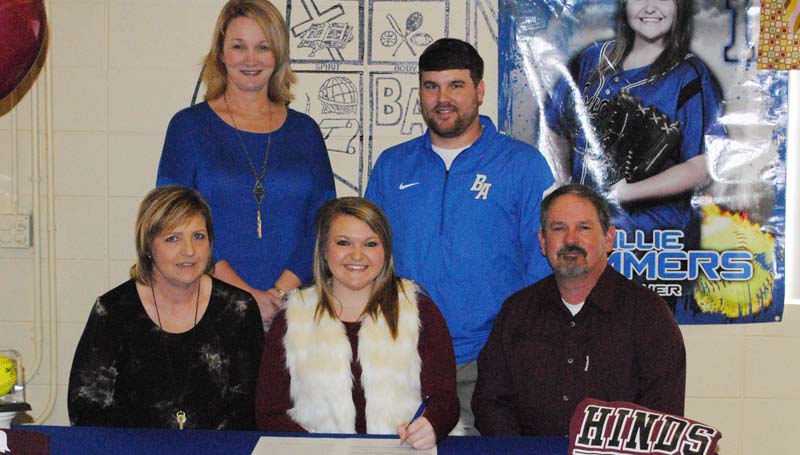 Summers signed in the Brookhaven Academy Library as family and friends gathered to witness the special occasion. Summers is the daughter of Dana and Steve Summers.

In her senior year at BA, Summers posted a 2.012 ERA in 128 innings pitched with 108 strikeouts. At the plate, she finished with a .374 batting average and had a .502 on-base percentage. She was also selected as member on MAIS All-Star team.

“Allie came to BA and made a huge impact on our team and our program,” said Brookhaven Academy coach Becky Flowers. “Transferring is difficult in any scenario but she was able to step into a starting pitcher role and had a lot pressure on her in the circle.

“I watched her mature through the year and am so proud of the player and leader she has become for our softball program,” said Flowers. “She has such a giving spirit and shares her knowledge and talents with her younger teammates. Moving forward, Alli’s best softball is in her future. She has matured this past season and is willing to work on things to make her the college pitcher she’s always dreamed of being.”