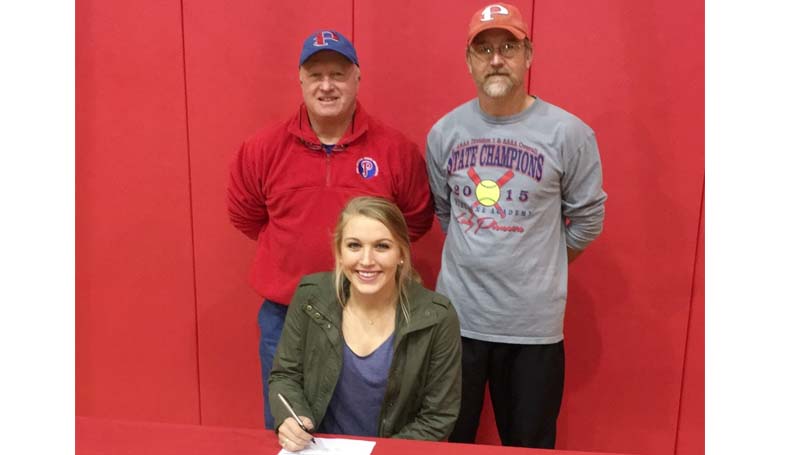 Murray signed her official scholarship papers Friday at Parklane Academy’s gymnasium. She is the daughter of Pat Murray of McCall Creek and Mr. and Mrs. Jerry Ivey of Brookhaven.

“I really want to get away from the McComb-Brookhaven area,” Murray said. “I’ve been here my whole life. I want to go somewhere new.”

Murray played for the Lady Pioneers for three years after coming from Brookhaven High School.

Murray said she is looking forward to building new relationships with her teammates at Jones.

“I definitely won’t be as comfortable at first as I was here (at Parklane) with the challenges,” said Murray. “I will just have to make new relationships with different players and try to work with the challenge.”

In her senior year, Murray earned the All-State MVP award with a .414 batting average, 44 RBIs, 10 doubles, four triples and seven homers. In the postseason, she batted .633, had 16 RBIs, four doubles, one triple and one home run.

Murray plans to major in architectural design in college.