I realize that no one looks to me for advice when it comes to national political issues. So the following is not an attempt to persuade you to my side, but rather my attempt to go on the record as opposing a man who could destroy the very party he claims to represent. And the country along with it should he be elected president.

The man who is leading the Republican primary field in most polls is no conservative. Not if being a conservative means smaller government, pro-life values and the power of the people.

Donald Trump has advocated for more government — he supported the auto bailout, the bank bailout and single-payer health care.

He has supported abortion rights. He has espoused a “one-man” rule that should give anyone who values democracy pause. His authoritarian platform of “I’ll fix it” makes no mention of representative government or working with Congress.

He’s also been a financial supporter of Democrats in the past. Why should conservatives trust their ideals of government to a man who only recently discovered conservatism?

Why have so many said they will support a man who is clearly only pretending to be a conservative because it’s politically advantageous? It’s likely a result of some working class Americans feeling abandoned by both parties. In Democrats, they see a party seeking to change America as they know it. A less-white America scares them. In Republicans, they see a party unwilling to stand against this change.

In Trump, they see a savior, a man who will single-handedly keep Muslims and “others” out of this county. They don’t see a con-man taking advantage of them.

In Trump, they see a man who will use authoritarian power for good. They don’t see a tyrant who will try to impose his will on this great nation. This kind of power seems like a good thing as long as your guy is in charge. What happens when it’s someone else’s guy (or gal)?

In Trump, they see someone who will make America great again, to borrow his campaign slogan. They don’t see a fool with no grasp of the Constitution, history, law, defense — or any of the other topics that being president requires knowledge of. Trump knows real estate (including eminent domain laws that allow the government to take private property), publicity and how to take advantage of others. And he’s used that quite well.

In Trump, they see someone who “will tell it like it is.” But he’s not simply flouting political correctness as his supporters argue, his words show a blatant lack of respect, tact or common decency. This man insults just about everyone, including women and prisoners of war. Will someone please explain to me how or why this is a good thing? Being the leader of America requires the kind of diplomacy Trump isn’t capable of.

How any woman could support this man is beyond me. He speaks to and about women in ways that no decent man ever would. He insults their physical appearance, calls them bimbos, dogs, pigs, slobs and disgusting animals. Is this the example we want our young men to follow?

In Trump, they see a confident leader who will stand up to the Putins of the world.  They don’t see an ego-maniac with a preoccupation with self.

Even if you can ignore the list above, how can Christians (who typically identify with conservatism) look past his support of abortion, even late-term abortion (he now says he doesn’t support the procedure)? 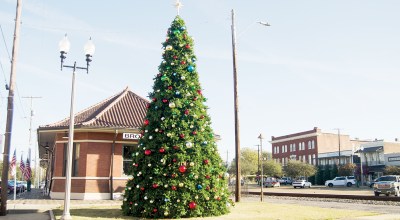