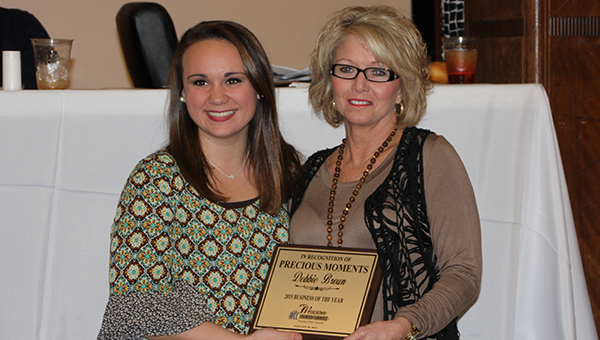 The Wesson Chamber of Commerce hosted its 26th annual banquet Tuesday evening and honored several businesses and individuals for their contributions to the town.

In the new year, Shaw said the finishing touches on the renovations to city hall will be completed, the water tank will be repainted, the city park will be constructed and more roads will be paved.

Copiah-Lincoln Community College President Ronnie Nettles spoke on the success the college has seen over the last year.

“I think this says more about who we are as a community than it does about winning fourth place,” Nettles said. “I think it proves that we have the talent, and the ability as a community, as a state to be just as competitive as anybody in the world.”

Former Co-Lin president Dr. Billy Thames was the guest speaker and talked about the history of Wesson.

“There is just no way to cover the history of this town in this short amount of time,” Thames said.

Thames spoke about four men, Col. James Madison Wesson, Capt. William Oliver, John Hardy and Edmund Richardson, who had a large impact on the growth and development of the town of Wesson. He then listed and discussed 20 things Wesson is famous for including how Wesson had light bulbs before Chicago and New York.

“When we stop and look back at this little town, it may be a sleepy little town, but it has a great history behind it,” Thames said.

In addition to Thames’ speech, the Chamber of Commerce recognized businesses and individuals in the community who strive to make a difference.

“We picked these recipients because of their service,” Britt said. “These awards are to recognize the community service projects that they do and show how it benefits the citizens of Wesson.”

The following is a list of the awards and award recipients:

To conclude the banquet, Britt announced the outgoing Chamber of Commerce officers and introduced the 2016 officers and directors.

“Seeing a large group of Wesson citizens get together with the business community, having a great speaker and also the recognitions that we do, makes this very special,” Britt said. “It brings our community closer.” 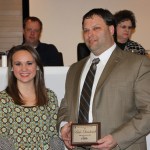 (From left) Mary Beth Munn presents Blake Oberschmidt, of Co-Lin, with the Educator of the Year award. 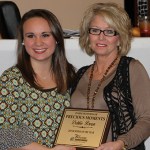 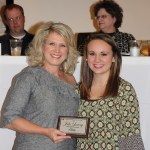 (From left) Julie Lowery, of Wesson Attendance Center, receives the Educator of the Year award from Mary Beth Munn.