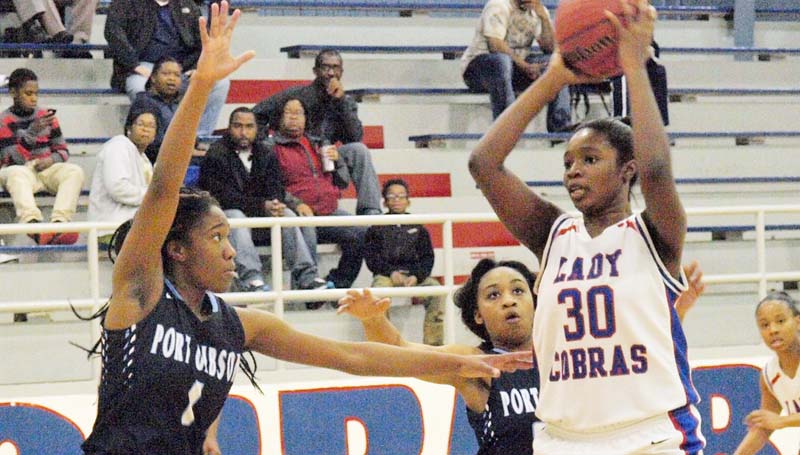 In the girls’ contest, the Lady Cobras lost to the Lady Waves 50-36.

In boys’ action, the Wesson Cobras fell to the Blue Waves 53-48.

The Cobras will travel to Jefferson County Friday. Varsity action begins at 6 for the girls, and the boys play at 7:30 in Fayette.

The Lady Cobras fought to keep the game close in the first half but they trailed Port Gibson 19-13 at the intermission.

Wesson cut into Port Gibson’s lead at 29-25 in the third, but the Lady Waves caught fire in the fourth and outscored Wesson 21-11 to secure the win.

“We played well for three quarters but we just fell apart in the fourth,” said Wesson coach Rusty Newman. “We have to play all four quarters if we are going to give ourselves a chance to win. We are not getting the job done right now. Hopefully, we can learn from this as we move on.”

“Offensively, we struggled tonight to get anything going,” said Newman. “Port Gibson managed the game well all night and made us play at their pace. We were able to take the lead late in the game but couldn’t hang on to it. We didn’t manage the clock or our possessions wisely. I should have done a better job of making some adjustments late in the game. This was a tough loss and we need to bounce back and get ready for Friday.”

Port Gibson’s top player was Tavontae Frye with 22 points and seven rebounds. Marvin Harvey was the top defender with 16 rebounds, two steals and he scored 11 points.