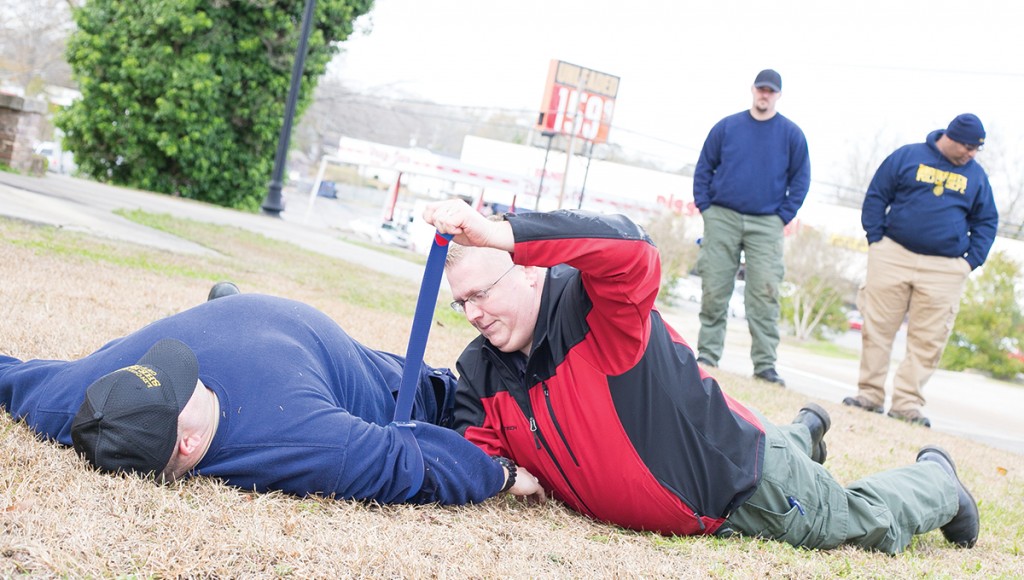 This week, local law enforcement officers and first responders participated in a course that applies lessons learned in the battlefield to emergencies at home.

The course teaches the people who are first on the “tactical” scene — almost always law enforcement — the quick and dirty ways to keep the injured alive until they can exit what is called “the hot zone.”

“We’ve always taught civilian EMS to soldiers, now we’ve flipped the script and we’re teaching violent, or tactical, medicine back into the civilian setting,” said Mickee Ramsey, a field training officer and tactical paramedic with American Medical Response Central Mississippi Operation in Jackson. The class was sponsored and funded by the Central Mississippi Trauma Region and co-sponsored and co-funded by the Southwest Trauma Region, with instructors from AMR in Jackson as well as AMR-Natchez.

The Law Enforcement and First Response Tactical Casualty Care course is taught using the National Association of Emergency Medical Technicians-endorsed curriculum, now taught all over the U.S. and abroad.

Law Enforcement and First Response Tactical Casualty Care is continuing education program. This new course was developed in collaboration with agencies including NAEMT’s PreHospital Trauma Life Support Committee. It teaches first responders (police, law enforcement officers, firefighters and other first responders) the basic medical care interventions that will help save an injured responder’s (or civilian’s) life until EMS practitioners can safely enter a tactical scene.
The course combines the principles of Tactical Combat Casualty Care (TCCC), with the training provided to military medics by all branches of the Armed Services.

This week, local first responders learned life-saving actions such as bleeding control with a tourniquet, bleeding control by packing wounds with gauze packs or topical hemostatic agents and opening an airway to allow a victim to breathe.

“The goal is reduce preventable death and complete the mission,” Ramsey said. “We’re teaching basic life-saving procedures that law enforcement can learn. Coming back from the war, Operation Enduring Freedom and Operation Iraqi Freedom, they are reporting the lowest preventable death rate ever, in any time of war. Statistics show that the death rate in war is now at 9.1 percent where historically it’s been 15 to 20 percent. And one of the main things that is changing is this curriculum that we’re teaching here.”

Seventy-five to 90 percent of all trauma deaths occur before they ever reach a hospital, Ramsey said, and out of those death approximately 24 percent die from what’s known as preventable deaths. Primarily that is uncontrolled extremity hemorrhaging: laceration to the brachial artery, amputations of the arms or legs and severing the femoral artery.

Packing wounds, removing injured people from the direct threat (live shooter situation, for example) and the use of tourniquets were the main focuses of the course. What is particularly interesting is the views on tourniquets themselves and how the change in perspective surrounding them has saved lives.

“It’s something that may be and hopefully will be becoming mainstream again,” Ramsey said on LEOs and other first responders carrying tourniquets with them as protocol. “It went away for so long because there were so many theories about it, theories of ‘once you put the tourniquet on you’re guaranteed to lose the extremity. You might save the injured’s life but they’re going to lose that extremity.’ Some of the other things that used to be taught with it, even when I started 20 years ago, was if I put the tourniquet on, I’m the only one who can take it off.”

“Those are just some theories and some practices that we taught and practiced back then until now, we realize that’s not true,” Ramsey said.

There are documented cases of tourniquets being used for upwards of 18 hours and suffering no limb loss or permanent neurological damage, he said.

In the 1940s the belief was that the old buckle-and-strap tourniquet did not work.

“Well even through the 1990s, 50 years later, this is what we were still giving soldiers. Still training them on them, we’re telling them they don’t work, you still have to carry it but essentially don’t use them because they don’t work,” Ramsey said. “Now let’s fast forward another 10 years of wartime and we’ve come out with this type of tourniquet, they do work.”

Bringing this type of medical teaching to those who are not EMS but are almost alwasy the first on the scene is something the teaching team is passionate about, Ramsey said. Above all it is about saving lives — that being a fellow LEO or first responder, a victim of a car wreck or your traumatically injured child — from preventable deaths and completing the mission.

“Working in a rural environment I can see a tourniquet being very beneficial for accidents, shooting situations. The team that taught the class was great. They made it fun and entertaining while teaching a lot — as well as all the staff that have helped with the class, they were great.”

The Mississippi School of the Arts allowed the group to hold the course on campus and were accommodating, said Alica Warren, a full-time paramedic with King’s Daughters Medical Center and a part-time deputy with Lincoln County. The school’s contribution to the course, Warren said, was greatly appreciated. 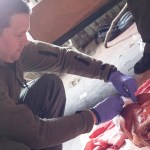 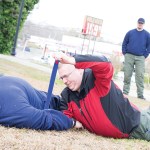 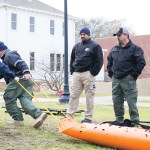