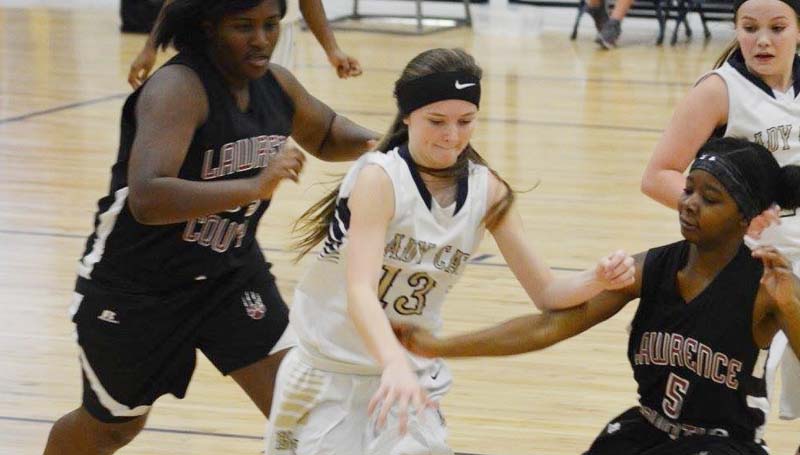 BOGUE CHITTO – The Bogue Chitto Lady Cats and the Lawrence County Cougars were victorious in Saturday’s non-division contest at the Bobcat Palace.

In the girls’ contest, the Lady Cats defeated the Lady Cougars 54-35.

In boys’ action, the Cougars roared past the Bobcats 57-38.

The Lady Cats outscored the Lady Cougars 27-14 in the final two periods to secure the victory.

“We made some really bad turnovers in the first half that we need to stop doing,” said BC coach Christ Terrell. “In second half, we maintained composure and this was a big win for us.”

The Cougars were too powerful for the Bobcats in the first half as Lawrence County took a commanding 31-21 lead into halftime.

Lawrence County held Bogue Chitto scoreless in the third period and outscored the Bobcats 26-17 in the final two quarters to collect the win.