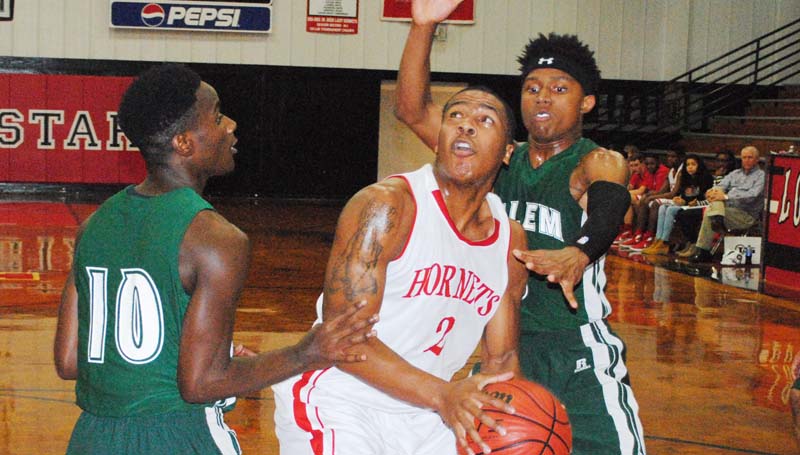 In the girls’ contest, the Lady Hornets thumped the Lady Wildcats 79-51.

In boys’ action, the Hornets rallied back in the second half to sting the Wildcats 47-42.

Loyd Star continues action today as it hosts Region 7-2A rival Enterprise for four games. Junior varsity action begins at 4 p.m., followed by the varsity games at 6 and 7:30 p.m.

Salem will also be in action today as it entertains Region 7-1A foe Bogue Chitto for three games. Junior varsity action starts at 5 p.m., followed by the varsity games at 6 and 7:30 p.m.

The Lady Hornets quickly overpowered the Lady Wildcats to claim a 41-28 advantage at halftime. 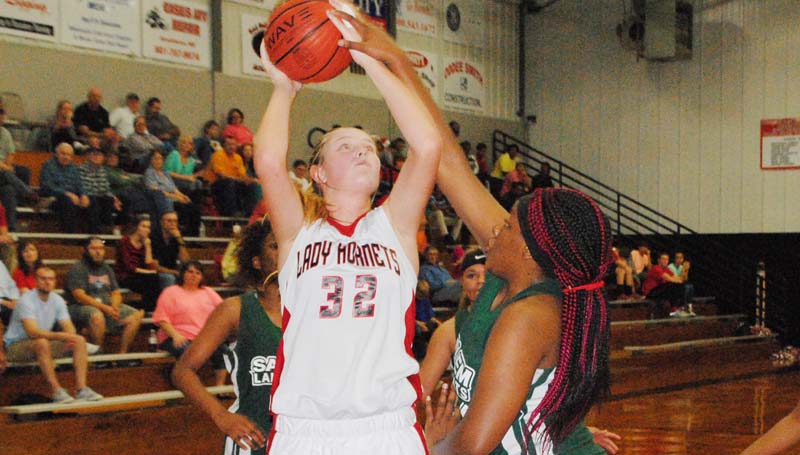 Loyd Star outscored Salem 38-23 in the final two quarters to collect the win.

“Glad to get the win,” said Loyd Star coach Gene “Moochie” Britt. “The girls started the game off a little sluggish, but we managed to find our rhythm to grab a big lead. Overall, I was proud of their effort and glad to give everyone some playing time.”

The Salem Wildcats jumped on the Hornets early with a 10-0 run and secured a 16-5 lead after one period. Loyd Star battled back to cut into Salem’s lead with a 15-10 run, but trailed the Wildcats 26-20 at halftime.

The Hornets put together a 27-16 push in the final two periods to sting the Wildcats.

“We were very fortunate to get the win,” said Britt. “Salem has a very good team and they came ready to play from the start. In the second half, our boys did a good job fighting back into the contest to get the win at the end.” 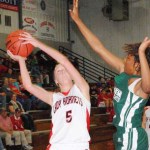 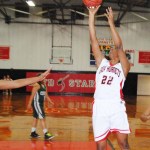 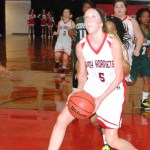 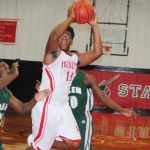 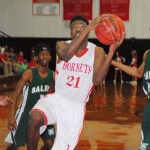 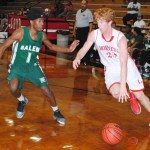