Mike Whatley represents new car franchise dealers throughout the state and Brookhaven as the executive chairman of the Mississippi Auto Dealers Association. Whatley said MADA serves to protect and inform auto dealers of legislative, regulatory and public policy issues pertaining to the industry.

The mission of MADA is to optimize the present and future value of its member’s investments in the franchise system. 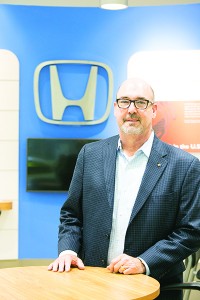 Whatley has served on the MADA executive committee for seven years. His first appointment to the board came during his third year in business in Mississippi.

“I got a call from a board member who asked if I would serve out a term for someone in central Mississippi who was stepping down,” Whatley said.

Whatley said the experience proved to be educational and rewarding.

“I’ve kind of worked through the chairs,” Whatley said. “I’ve been the secretary-treasurer. I’ve been the vice-chairman. I’m now chairman. In July, I will move to past chairman. I’ve been in a leadership role for quite a while, which has been good for Brookhaven.”

Whatley said his role as executive chairman incompasses many duties, including running the executive committee and hiring a president to run MADA.

“This year was a different year because our current president let us know that he would be retiring due to health reasons on Dec. 31,” Whatley said. “When I took over in July as chairman, one of my first duties was to hire a president to run our association. That person needed to be a well-known legislative person, that could be our eyes and ears to protect us as franchise dealers.”

Whatley said the daily running of MADA is left up to the president, but the monthly approval of each decision must go through the chairman.

“My role is to represent all of the new car franchise dealers in the state and if there is an agenda that is pressing with the legislature, we try and make sure all the members are active and know about it,” Whatley said.

Whatley said MADA strives to protect the franchise auto dealer model as America knows it. MADA’s goal is to prevent manufactures from moving into a town and limiting the number of franchises by selling directly to the customer.

“There are a lot of states that have franchise protections that are built in for franchise dealers,” Whatley said. “For example, Honda couldn’t come in and say, ‘Mike Whatley Honda, we’re going to take you out and put one big, factory-run Honda store in Jackson, and you’re going to be the service facility for us.’”

Whatley said it is important to protect the rights of Mississippi auto dealers because the 173 Mississippi new car dealerships employ 15,718 people at a payroll of $350 million, which generates $97 million in income tax.

“We are very fortunate in southwest Mississippi to hub so many car dealers in Brookhaven,” Whatley said. “The tax revenue we generate is monumental to this area.”

After the recession, Whatley said his family decided it would be in their best interest to remain in Brookhaven and run the Honda dealership. By experiencing the difficulties during that time, Whatley said he was able to help pass legislation on what he considers to be MADA’s biggest accomplishment.

“We helped passed legislation that had built-in protections for new franchise car dealers, after the Great Recession and the bankruptcies of many different manufactures,” Whatley said. “We looked at what happened during the ‘09 era and we tried to right some of the wrongs. We were successful in passing legislation that was pro franchise, which will prevent some of the things that happened in ‘09.”

Whatley said it is important from a consumer standpoint to have an auto dealers association so that franchise dealerships will move to an area, and generate jobs, revenue and tax dollars.

“The association is there to help facilitate and advocate for those businesses, which will in turn help people because we’re in the transportation business,” Whatley said. “All consumers are affected by it.”

“When you take away those dealers, you take away a lot of opportunities,” Whatley said. “You don’t have those opportunities if dealerships are not in your town. It’s much more difficult to drive to Jackson and conduct business with somebody you don’t know, as opposed to driving here and dealing with someone who’s familiar.”