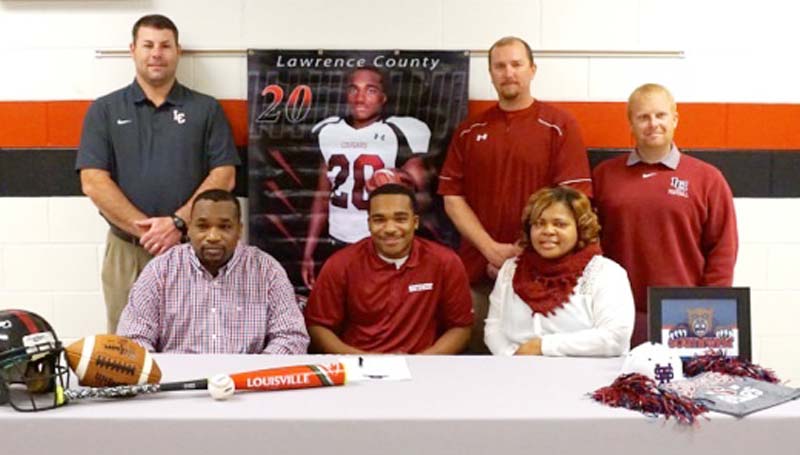 “We are extremely excited to have to opportunity to play for Southwest,” said Cole. “We both like the atmosphere there and the coaches are great. It felt like home to us.”

In Armstrong’s senior year in football, he was one of the top leaders on LCHS’s offensive line. On defense, he finished with 39 total tackles for the season.

Armstrong plans to major in physical education and hopes to become a coach.

“Brandon is a good lineman with great feet and leverage,” said Lawrence County coach Jaymie Palmer. “He is an outstanding young man and he should do a great for Southwest. I wish him the best of luck at the next level.”

Cole signed a duel scholarship to play football and baseball at the colligate level.

In Cole’s senior year in football, he powered the Cougars’ defense with 187 total tackles for an average of 12.5 tackles per game.

Cole had 28 tackles for loss, two sacks, four fumbles caused and five fumble recoveries. He returned one fumble for a touchdown, and also returned his one pass interception for a touchdown.

Cole played sparingly on offense, but was a big producer as he rushed for 644 yards and six touchdowns and caught 16 passes for 260 yards and four touchdowns. On special teams, Cole finished with 77 total yards as he helped lead his Lawrence County Cougars to a 13-2 season.

Cole plans to pursue to career in agriculture.

“Cole is a very physical linebacker with great instincts,” said Palmer. “He is an outstanding young man and he will be a great asset for Southwest. I wish him the best of luck at the next level.”

“Cole is a extremely gifted dual-sport athlete,” said LCHS baseball coach Josh Garrett. “He is a very hard worker. Southwest is very lucky to have on campus next season. Cole is a special young man that loves to play and will hard to better him himself. I am very proud for T-Tez. He has worked hard for this special achievement. I look forward to seeing him play next season.” 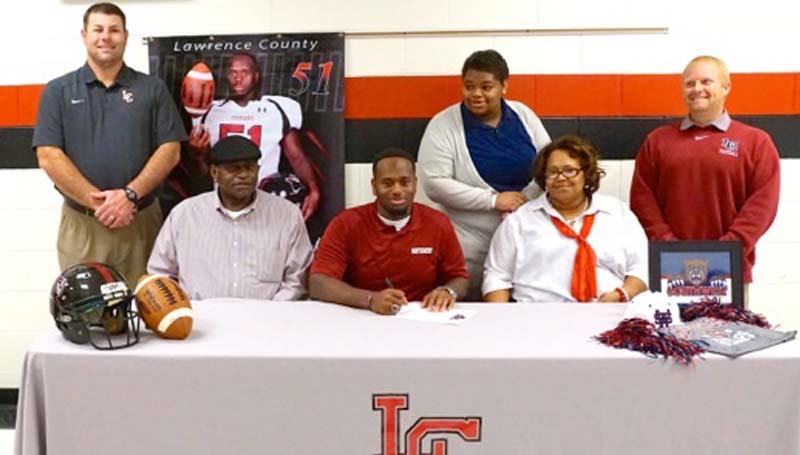