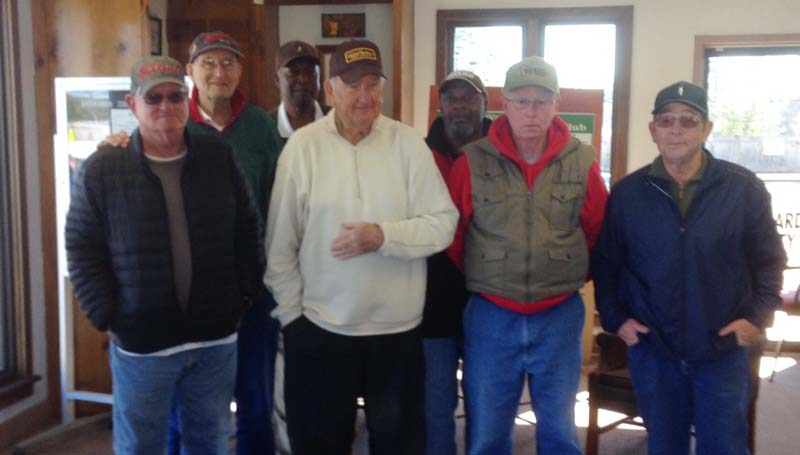 In second place at 6-under par 64 was the team of Curtis Barnes, Tommy McNeil, Kenny Thornhill, Tommy Sasser and Gene Neismith.

The BCC scramble is open to the public and starts each Thursday at 10 a.m. Entry deadline is 9:30