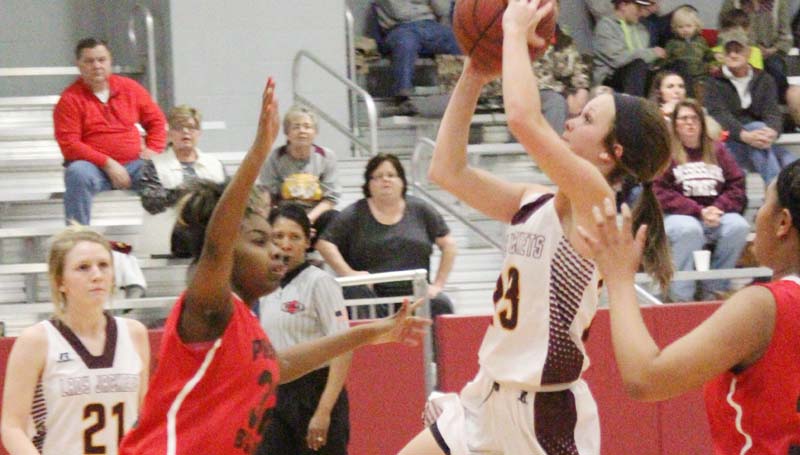 The Enterprise Lady Jackets defeated the Prentiss Lady Bulldogs Tuesday night in a 54-51 thriller in Region 7-2A action at Enterprise Gymnasium.

In boy’s action, the Jackets fell to the Prentiss Bulldogs 75-55.

Enterprise will be on the road Friday as the Lady Jackets and Jackets head to Mize for two games. The varsity girls will tip off at 6, followed by the boy’s game at 7:30 p.m.

The Lady Jackets and the Lady Bulldogs battled in a back-and-forth contest in the first half as Enterprise carried a slim 17-16 lead into halftime.

The Lady Bulldogs came out hot and outscored the Lady Jackets 15-10 in the third period to lead 31-27. In the final period, Enterprise’s offense answered the Lady Bulldogs’ challenge with a 27-20 run to squeeze out a narrow victory.

“This was a very physical game,” said Enterprise coach Jill Nations. “Several of our players did a great job stepping up for us tonight. Overall, I was very pleased with their effort and it was great to get our last regular season district win.”

Prentiss came out of the gates on fire and secured a 28-21 lead over Enterprise at halftime.

Prentiss outscored the Jackets with a 47-34 run in the final two quarters to secure the win.