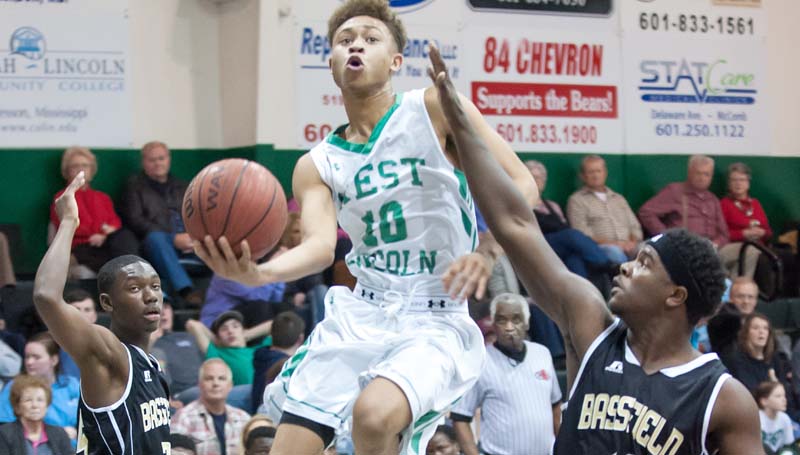 West Lincoln captured a split against the Bassfield Yellowjackets Tuesday night in Region 7-2A action at Jack Case Gymnasium.

In the girls’ contest, the Lady Bears knocked off the Lady Yellowjackets 48-36.

West Lincoln will take the rest of the week off to prepare for the division tournament. The Bears and Lady Bears will host the Region 7-2A tournament next week. Games and times have not been released.

The Lady Bears (14-11, 5-5) and Lady Yellowjackets started the game slow as the first quarter netted only five points between the two teams. In the second quarter, the Lady Bears turned up the heat and outscored Bassfield 16-3 to take a commanding 19-5 lead into halftime.

Bassfield outscored the Lady Bears 31-29 in the final two quarters, but could not overcome West Lincoln’s large lead.

Denna White was the top scorer for Bassfield with 16 points.

West Lincoln (16-9, 6-4) and Bassfield battled in a tight defensive game in the first quarter as they scored just seven points each. In the second quarter, the Yellowjackets’ offense exploded on an 18-10 run to close out the first half with a 25-17 lead.

Bassfield managed to win the scoring battle 18-14 in the final two quarters to prevail.

West Lincoln celebrated Senior Night prior to the games.