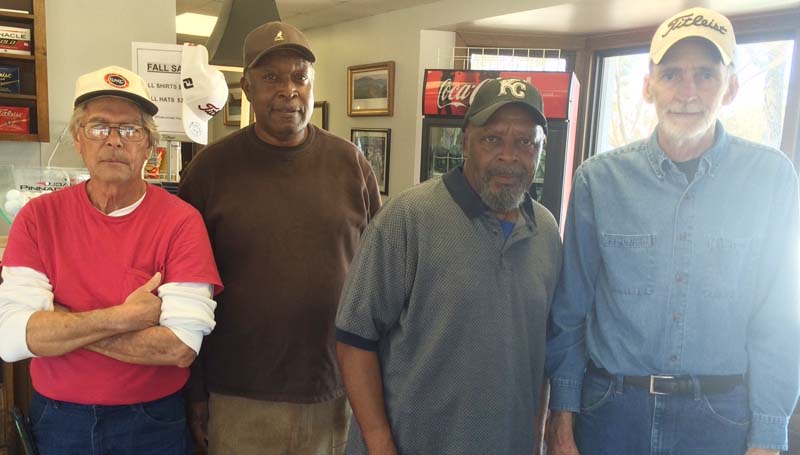 Daily Leader / Photo submitted / In Thursday’s senior scramble at the Brookhaven Country Club, the team of (from left) Kenny Thornhill, Curtis Barnes, Jerry Handy, and Mike Allen won with a score of 14 under par 56.