In the next few weeks, Mississippi will release the latest school and district ratings under the new Accountability Model.  This rating – A to F – is based on a combination of proficiency on state tests,

ACT scores, taking advanced classes and graduation rates. Because standards have increased in recent years, and the state tests have also increased in difficulty, it is expected that many schools and districts will drop in these ratings from previous years.

Keep in mind that the “proficiency” cut scores on these state tests are as subjective as they are on meeting a certain level of knowledge. And remember that if too many students meet proficiency, the standards increase, so to be proficient next year may not be what it was last year.

Likewise, reliance on the ACT can also be problematic, as studies have shown that scores on the ACT and SAT indicate student affluence more than anything else. And advanced classes, such as Advanced Placement or International Baccalaureate, are not uniformly available across the state.

Graduation rates, while seemingly cut-and-dry, can penalize schools even if they are doing a good job. Due to adopting the federal definition on the state level, students who take an extra year to graduate, get their GED or cannot complete the standard curriculum due to disability count against the graduation rate.

Proponents of this accountability model claim that it will truly show how well a school or district is performing, which will lead to an improved educational system in Mississippi. How this will happen without the level of funding needed to meet these higher standards is unknown.

In fact, there are already calls to adjust how schools receive money from the state, the Mississippi Adequate Education Program, by changing the calculation currently based on C districts to A and B districts. This is projected to reduce the amount required to fully fund schools by about $100 million.

Because these ratings mostly take into account test scores in grades three through eight on English/Language Arts and Mathematics (along with the four Subject Area exams in high school), many important subjects in school are not considered a priority.

As a result, fewer resources are made available and many enrichment activities, like art and music, are almost eradicated.

Where does this leave smaller, less wealthy districts and schools? Many will struggle to meet the advanced requirements, so those that are accustomed to A ratings may slip to B, or B to C. How about those with higher concentrations of poverty, teen pregnancy or lack of needed resources? Likely, many of these will fall further behind, being labeled as D or F and branded as failing, regardless of the successes that may be found among their students.

If these historic trends hold when the new accountability ratings come out, we can predict without seeing a single test score that a poor, mostly black district will rate lower than an affluent, mostly white district.

We can change curriculum and standards, we can increase testing, we can place more pressure on schools and educators to perform, but if we continue to ignore the problems that exist in our struggling communities, if we continue to turn a blind eye to the effects of poverty on students, if we view our students as widgets in a factory instead of individuals with unique needs, desires, and abilities, we will continue to get what we’ve always had — a state educational system where “success” is synonymous with “affluence.”
Shannon Eubanks is the principal at Enterprise Attendance Center. 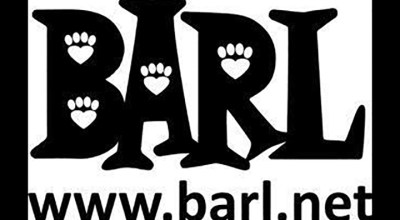