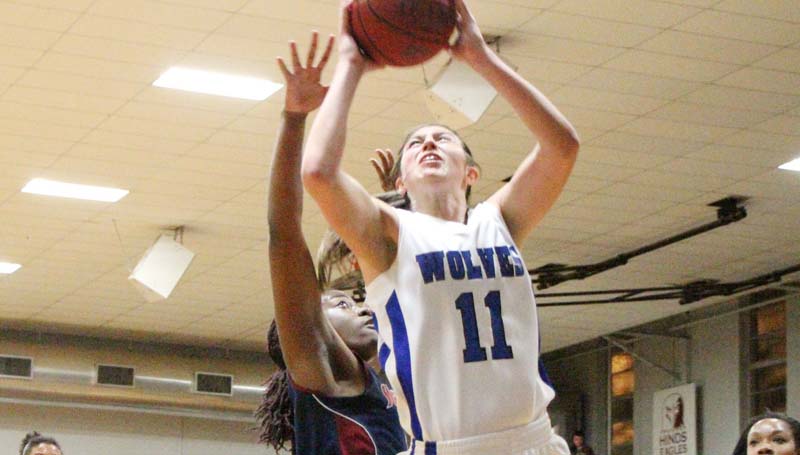 The Lady Bears took a 61-60 lead with 3.6 seconds remaining in the game. Co-Lin head coach Gwyn Young called a time out to set up a designed play. The Lady Wolves inbounded the ball and point guard Alexis Collins took a 3-point shot that bounced off the rim and into the hand of Sanders who put in a shot off the backboard to give the Lady Wolves the thrilling win.

The Lady Wolves got off to a slow start in the first quarter trailing Southwest 14-6. However, the Co-Lin came out firing in the second quarter outscoring the Lady Bears 22-19. Southwest carried the 33-28 lead into the dressing room at the half.

Trailing 48-45 going into the fourth quarter, it looked like the Lady Bears would carry the momentum to get the win. But, the Lady Wolves rallied to take the 60-59 lead with 10 seconds remaining in the game. Southwest made a basket down low to pull ahead 61-60. The Lady Wolves would answer at the buzzer with the game-winning put back by Sanders.

“It seemed like we couldn’t get a good flow early, but we made some plays in the end,” said Lady Wolves head coach Gwyn Young. “She (Sanders) was just at the right place at the right time, I’m glad we were able to improvise there.”

Sophomore Kelley Allen led the Lady Wolves in her final home game scoring 24 points and pulling down 10 rebounds. Collins added 12 points and Sanders dropped in 10 including the game winner. Tytiana Hall finished the game with nine points and seven rebounds.