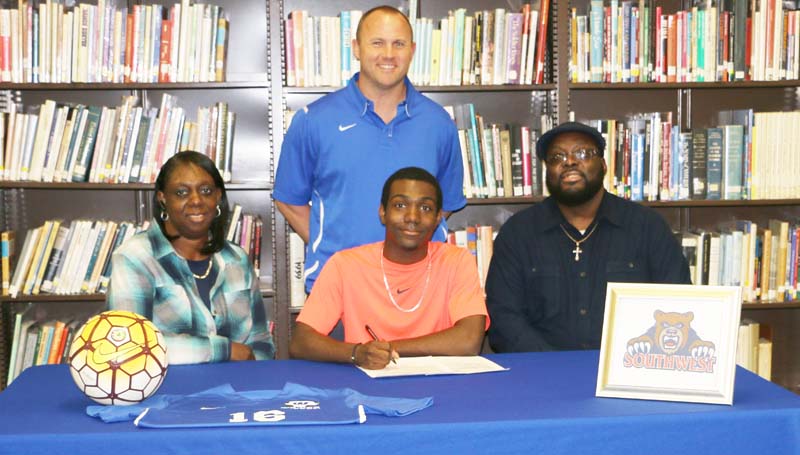 Jones signed his official scholarship papers Friday afternoon in Wesson’s Library. He is the son of Audrey E. Jones and Willie Earl Arnold.

“I’m excited to have the opportunity to be playing soccer at the next level,” said Jones. “Southwest soccer is really good and their coaches have shown me a lot of interest.”

Jones said he is considering a career in carpentry. After college, Jones plans to try out for a semi-pro soccer league.

In Jones’ senior season, he scored nine goals, seven assists and had 111 steals. He was also named the Most Valuable Mid Fielder in Region 6A. He was voted as the team’s captain in his junior and senior year.

“Marcus is one of the most dedicated players that I have ever coached,” said Wesson coach John “Bobo” Douglas. “We will definitely miss his leadership next season. He was a pleasure to coach, but Southwest is getting a devoted young man that will always put in the extra work to be successful. I wish him the best of luck.”