‘We have to take it to them’ 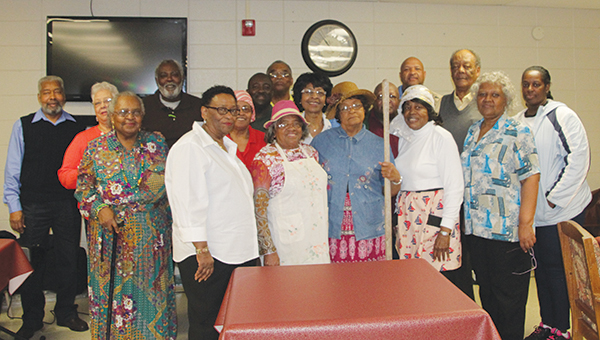 Residents of the Haven Hall Health Care Center recently learned about the importance of Black History Month and the roles African-Americans played in the development of the United States.

The Mt. Wade Senior Men and Women’s Mission Ministry prepared a program that consisted of prayer, singing, skits and facts on the origin of Black History Month.

“Black History Month began as a negro history week,” Mt. Wade Women’s Mission Ministry member Dorothy Ball said. “It did not start as a month. It was created in 1926 by Carter G. Wilson, a noted African-American historian, scholar educator and partner. It became a month-long celebration in 1976. The month of February was chosen to coincide with the birthdays of Fredrick Douglas and Abraham Lincoln.”

“Those who cannot come to us, we have to take it to them,” Hamilton said. “Black history is American history and even though the history may have been tainted or stained in the past, it doesn’t have to be that way in the future. It has to start somewhere so we come to them, that can’t come to us, and we just carry the message that there is still hope for a better future that all of us can live together in harmony and seek the American dream of life, liberty and the pursuit of happiness.” 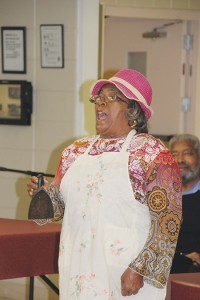 The Mt. Wade Women’s Mission Ministry acted out the jobs and duties of black women throughout history.

The Women’s Mission Ministry, led by member Annie Sullivan, dressed up and acted out the jobs and duties of black women throughout history, including those of a maid, cook and nanny.

“We are here to share the history of the blacks,” Sullivan said. “To let them know that we have had struggles throughout the nation and we have improved and we’re still improving, but we still have a long way to go.”

Dewitt Washington, a men’s mission ministry member, said the program was designed to educate, but also to allow the group to spend time with their friends.

“It is important to just to go in and be with my friends, these old people, to see they smile and let them know that God is real,” Washington said.