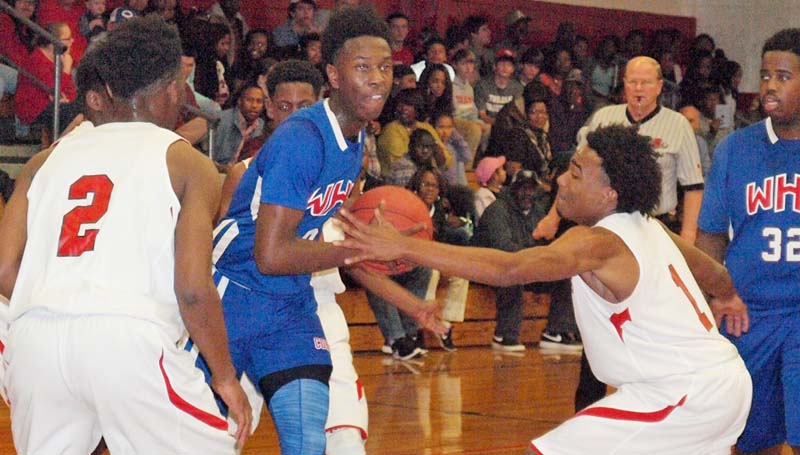 FOXWORTH – The Wesson Cobras suffered a heartbreaking, season-ending loss in overtime Thursday night, falling to the West Marion Trojans 85-77 in the opening round of the Class 3A state playoffs.

The Cobras started off strong early, grabbing a 33-29 lead over the Trojans at halftime.

The Trojans rallied back with a strong offensive push to take the lead in the final seconds of the game, but Wesson answered with a free-throw and a layup to force overtime.

In overtime, the Cobras got off to a rough start due to foul trouble, and the Trojans claimed a nine-point from the free-throw line. Wesson tried to get its offense going with a late run, but the Trojans held on for the win.

“This was a tough loss and I hate we had to end the season this way,” said Wesson coach Rusty Newman. “I thought we played well offensively most of the night, but late in the game we gave them too many second-chance opportunities. We also did not manage our possessions wisely and West Marion took advantage of that. At the end of the day, I am proud of my guys for a hard-fought season.”

West Marion will move on the second round of the playoffs and face the Crystal Springs Tigers Saturday night.