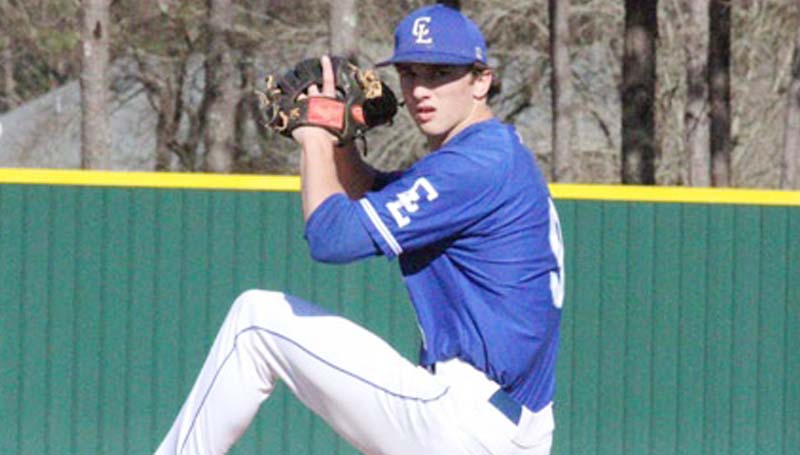 WESSON – The season has started slowly for the Co-Lin Wolfpack baseball program as the team dropped a doubleheader to Baton Rouge Community Thursday night. Errors haunt the team as they posted seven in the two games.

The Wolves are back in action today as they host Lincoln Trail in a doubleheader beginning at 3 p.m. at Sullivan Field.

The Wolves took an early lead in the bottom of the first inning as Reed Taylor belted a double to right field that scored Austin Irby. The lead was short lived as the Bears of Baton Rouge grabbed four runs in the top of the second. The Wolves battled back narrowing the lead to just one after a successful bottom half of the inning. Irby scored Justin Oliver on an infield single, and Champ Davison brought home Kewaun May with a sacrifice fly.

May knocked in Oliver in the sixth and tied the ballgame at 4-4. After neither team plated runs in the seventh inning and the game went into extra innings. Baton Rouge came out firing in the top of the eighth scoring three runs. In the bottom of the inning, the Wolves loaded the bases with two outs. Unfortunately, the Wolves were unable to capitalize on the opportunity.

Irby led the Wolves from the plate with three hits in three at bats. He also knocked in one run. Oliver had a pair of hits in the contest, including a double. Jordan Antley and Taylor each had a double in the game, while Davison and Jeremy Moore each added a single.

Nick Ourso, Devin Bailey, and Aiden Hodges each had two hits for the Bears, which led the team. John Mauldin and Bailey each brought in two runs each.

Miles Thomas suffered the loss for the Wolves after throwing 4.1 innings. Thomas gave up three hits, three runs (one earned), and one walk. Jackson Cole threw three innings, giving up eight hits, four runs (all earned), and two walks. He had three strikeouts in his appearance. Ryan Cullop pitched 0.2 innings and gave up one walk.

Landyn Ragan earned the win for the Bears after 4 innings. Ragan gave up 5 hits, 3 runs (all earned), and 4 walks. He had 3 strikeouts.

The Wolves could not find rhythm in the batters box during the second game, as the team did not plate a run until the seventh inning. The Bears took the lead in the first as an error allowed a runner to cross the plate. Baton Rouge’s lead continued to grow throughout the game, stretching to 6-0.

The Wolves rallied in the bottom of the seventh brining in three runs. Davison brought in Jackson Twitty with a sacrifice fly and Moore scored Matthew Mordecai and Irby with a double to right. However, the late run was not enough for the Wolves as the game finished with a deep fly ball to the center fielder from Taylor.

Moore led the Wolves with two hits and two RBIs in the game. Tyler McLeod joined Moore as the only other player with a double. Davison and Oliver added a single apiece.

J.D. Evans suffered the loss for the Wolves after 3.2 innings pitched. Evans gave up five hits, four runs (three earned), and four walks. He struck out three. Tanner Jones pitched 1.1 innings and gave up two hits, two runs (one earned), and walked one. Steven Ginn threw two innings giving up only one hit and one walk.