Shaping the next generation 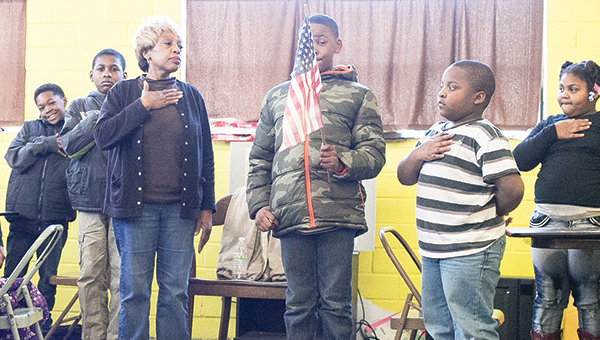 Safe havens like the Boys and Girls Club of Lincoln County can help keep area youth off the streets and out of trouble.

Every school day from 3 to 6 p.m., Lewis is a formative part of the village they say it takes to raise a child. Lewis said the club is a safe place for an average of 80 kids after school while their working parents are still on the clock.

She said when the children get dropped off, there is homework time, snack time, free time and structured activities like the daily rap-session.

“When we get the chance, we do social events like go to the skating rink; we go to the Extension office, maybe do a cooking class,” Lewis said.

Lewis said they have good kids in the program, and while it might not be entirely because of the club, the positive things that happen there are definitely helping the children grow up right.

“And I believe it’s because of the things that we do, we have rap sessions, we talk about things, we have speakers that come in and talk to them about different things,” Lewis said. “If there’s an issue that one of our children has a problem with I have no problem going out to get a speaker. As far as violence or crime I feel like we raise our children up to be good law-abiding citizens.”

Police Chief Bobby Bell was one of the founders of the organization in Brookhaven, and he’s still involved in fundraising. He said during his time as director, involvement in the organization was a good way to keep kids out of trouble.

“Years ago, when I was dealing with youth court and all that, I took pride in telling people that we haven’t had people to come before our youth court judge and all that stuff, but times have changed. I know some kids that have come through there that have been in trouble with the law now,” Bell said. “Years ago, I know it was a very positive place for kids to go, and I still believe it is a positive place to go.”

In the summer, the club hours are extended from 12 to 6 p.m.

The current facility is property of Lincoln County and underwent major renovations in 2008, funded through a $307,000 federal grant secured by county officials.

While Lewis said she doesn’t deal with the money and funding, she did say that more money would mean they could do more things. Lewis said the current budget is tight, but in general the club and its activities and programs are along the same lines as always. One thing that could make a difference for the club is transportation. Not too long ago, there was a bus the club used, but now they don’t.

“With inflation and everything and the budget being kind of tight, things kind of slowed down, but we’re basically doing about the same thing,” Lewis said.

Funds for the non-profit club come from donors such as United Way of Lincoln County. The local club operates independently and the club draws all of its approximately $30,000 annual budget from local sources.

Lewis said the Boys and Girls Club of Lincoln County could always use more volunteers, who may help with homework, serve refreshments and interact and hang out with the children. Parents who wish to enroll their child in the program can fill out an application.

Impact of the Boys and Girls Club next door

McComb Police Chief Scott McKenzie said the Boys and Girls Club in Pike County is an active and effective organization in the community.

“Mr. Randy Tate, the director there, is constantly having something going on,” McKenzie said. “They’re constantly doing things within their building as far as the education side goes. They’ve got a nice outdoor recreational area. They generally have a summer basketball league that they’re involved in heavily.”

“They have given the kids of, not just the city of McComb, but Pike County as a whole, a place where they can come and feel free from some of the stuff that’s out there in the world.”

McKenzie said a youth organization like the Boys and Girls Club brings positive role models into a child’s life.

“They give the kids something to do after school during summer time that keeps them out of mischief in the streets,” McKenzie said. “They’re constantly working on educating the kids on the difference between right and wrong. A lot of these kids come from single-parent homes. They don’t have the fatherly figure pushing them in the right direction, and a lot of time that’s what the Boys and Girls Club participants get. They get that little piece that fills the gap.”

McKenzie didn’t have numbers on the ratio of children in youth court who attend the Boys and Girls Club to those who don’t, but anecdotally he said he saw a trend of fewer children going to the club ending up in trouble with the law.

“Generally the ones we see next door enjoying the activities that the Boys and Girls Club actually have are generally not the ones we see coming through our system here,” McKenzie said. “Whether I can say that’s one of the main reasons why, no, but I feel pretty confident that is true because they’ve got something to preoccupy them on the good side of things so they don’t have any reason to be on the negative side. They just aren’t part of it.”

Impact of Boys and Girls clubs across the state

Active Boys and Girls Clubs across the state have proven to be successful community organizations that have positively impacted cities. The clubs offer an opportunity to teach children ages six to 18 how to be productive, knowledgeable citizens.

According to the Oprah Winfrey Boys and Girls Club of Kosciusko/Attala County’s website, the club offers programs in character and leadership, education and career development, health and life skills, the arts, sports fitness and recreation and special initiatives.

The OWBGC club serves approximately 500 youth to provide a safe place to learn and grow into productive, responsible and caring citizens, according to its website. A large portion of the programs are funded by the community and donations made by Winfrey.

Director of the Boys and Girls Club of Starkville Jeffery Johnson said, “We offer programs that range from academic success, health lifestyles and good citizenship and character development. And those range from extra homework help, tutoring, critical activity everyday to community service and leadership development, as well as college prep and high school preparation.”

The Boys and Girls Club of Southwest Mississippi, which operates at two sites — one in McComb and one in Tylertown — offers youth a multitude of services. The club provides classes in after-school tutoring, self-esteem coaching, goal setting, personal hygiene, health care and drug, alcohol and pregnancy prevention. Summer camps, educational trips, leadership training and recognition programs are also big components of the club.

Chief Professional Officer of the BCGSWM Tate said, “The best thing that a community can do is invest in a Boys and Girls Club.”

“We’re the only organization to offer so many different venues for child development in this city,” Johnson said. “We have various after school programs with churches and the school district, but they don’t offer as many areas as we offer so we stand out.”

Depending on the influx of kids, the BGCS typically has between 120 and 130 children enrolled each semester, Johnson said. The impact the club has on a child shows through the growth and development in that child’s life, he said.

“We have our current youth of the year — her name is McKenzie Johnson,” Johnson said. “She’s actually in Jackson right now competing to be the representative for the state of Mississippi for the Boys and Girls Club. In her speech, she often talks about two teachers here that had a huge impact on her development academically and emotionally as a person.”

Johnson said the Starkville club works closely with Mississippi State alumni and students and draws much of its support from that part of the community.

“We’re really active,” Johnson said. “We’re teaching them to give back, first and foremost, to become productive citizens for their society, where ever it is, whether its back at home, in Starkville or a different city. We want them to be leaders and game changers for their communities so all the programming and the mentorship that we offer is in preparation for them to succeed in their cities.”

Johnson said he believes the club provides a positive impact in the community by developing the minds of children and by the service those children in turn do for their community.

“This club needs this community to support it, and this city also needs this club to work with the children,” Johnson said.

If a community does not have a place for children to go after school, they will inevitably find trouble, Tate said. Last year, the BGCSWM served over 1,200 children, he said.

“Just think about if there wasn’t Boys and Girls Clubs in those communities,” Tate said. “That’s 1,200 children that you don’t know where they at in between the hours of 3 and 7, which is considered the biggest time for teenagers to get in trouble. It’s important. You can really see the importance of the boys and girls club in the community. You cannot go wrong.”

Tate said on his 25th anniversary with the club he inducted 12 children into the Southwest Mississippi Boys and Girls Club Hall of Fame. Ten of the children selected were from broken homes, he said.

“Today, these 10 people are married, successful and now their children are coming up in a two-parent family,” Tate said. “And that makes a big impact for a child. But the thing is, it could not have happened if I wouldn’t have had the support of the community for the Boys and Girls Club. The community really invests in our Boys and Girls Club.”

“One of the biggest differences you can make is to invest in a Boys and Girls Club,” Tate said. “I guarantee you, you’re going to see crime rates go down, teenage pregnancy go down. It is just a tool to help in so many different ways.” 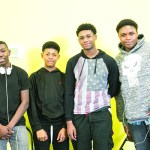 In addition to offering a safe place for local youth to hang out after school, the local Boys and Girls Club also offers programming to help with homework and tutoring sessions. 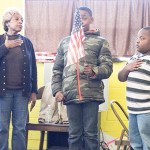 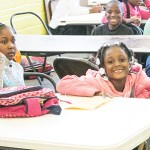 Despite a decrease in funding, the local Boys and Girls Club continues to strive to make positive impacts in local children’s lives. 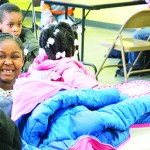 Officials in Lincoln County and across the state agree that programs like the Boys and Girls Club help improve the lives of children as well as make a positive impact on crime rates.