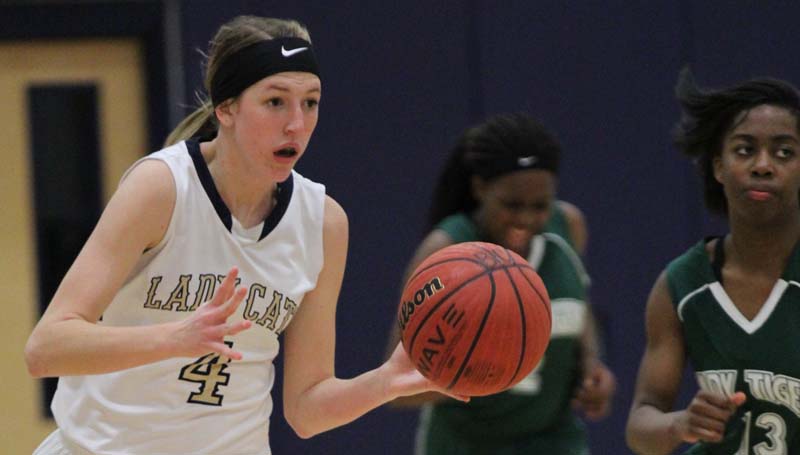 BOGUE CHITTO – The No. 1-ranked Bogue Chitto Lady Cats punched their ticket to the “Big Dance” after knocking off the Durant Lady Tigers 70-54 Friday night in the second round of the Class 1A state playoffs.

The Lady Cats (29-3, 4-0), coached by Christi Terrell, will play West Union in the third round of the state tournament at Jackson State University. Tipoff is 10:30 a.m. on Thursday.

The Lady Cats came out of the gate on fire as they captured an early 6-0 lead in the first minute of the contest. After a timeout by Durant, the Lady Cats continued their hot shooting to claim a 15-5 advantage. The Lady Tigers would rally back with a 7-0 run to trail BC 17-14 at the end of one quarter.

In the second, both teams traded several baskets, until BC senior guard Zariah Matthew took over and helped her Lady Cats build a 39-30 lead at halftime.

In the second half, the Lady Cats picked up where they left off, outscoring Durant 19-15 to secure a 58-45 lead before heading into the final period.

In the fourth quarter, Matthews controlled the pace of the game with the Lady Cats wearing down the Lady Tigers with a 12-9 run to close out the game.

“This was one of the best games we have played this year,” said Terrell. “I’m so proud of each girl for doing a fantastic job executing our game plan tonight. I am so glad they are a coachable group of young ladies and they play together so well. I love them.”