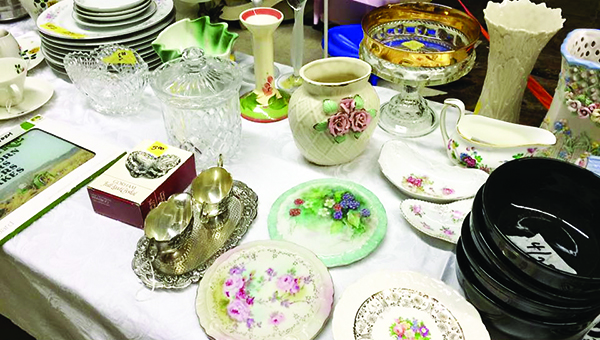 One man’s trash is another man’s treasure and could mean the life of man’s best friend. The Brookhaven Animal Rescue League “Cats Meow” rummage sale will take place this weekend.

BARL volunteers have been hard at work to fill the 14,000 square-foot space at the old Hudson’s building with donations to be sold this weekend. The sale will take place on Friday from 5:30 to 8 p.m. and on Saturday from 7 a.m. to 1 p.m. at 204 Hwy 51 North in the Lincoln Plaza Shopping Center.

There is a $5 admission on Friday for early birds who want access to all the goods before the crowds. BARL volunteer Julie Montalvo suggests buying tickets early to cut down on wait time at the door, where refreshments will also be sold. They may be purchased from a BARL volunteer at Hudson’s any day from 1 to 7 p.m., and phone numbers are listed on the door to call for tickets if no volunteer is there. All proceeds go to the animals helped by BARL.

“It’s huge,” Montalvo said of the Hudson’s building space that is filled with items. “We have it full — it’s amazing what we have. There are exercise bikes, regular bikes — some are brand new — TVs, furniture, tons of kitchen stuff. There’s a lot of clothes and nice men’s clothes too, clothes that have tags still on them. And most clothing items are $1, so it’s really good prices too, good deals.”

Montalvo said there are heaps of stuffed animals and kids’ toys, as well as some unexpected items, like the Coca-Cola collection someone donated that includes a Coca-Cola chandelier, glasses, posters and more.

Montalvo said whatever BARL isn’t able to sell over the weekend will still end up benefiting someone, with the remainder going to the Doll’s House.

“What doesn’t sell the Doll’s House is going to take, so it’s still going to go to another charity,” she said. “If we can’t get it out on the floor, it’s not getting tossed.”