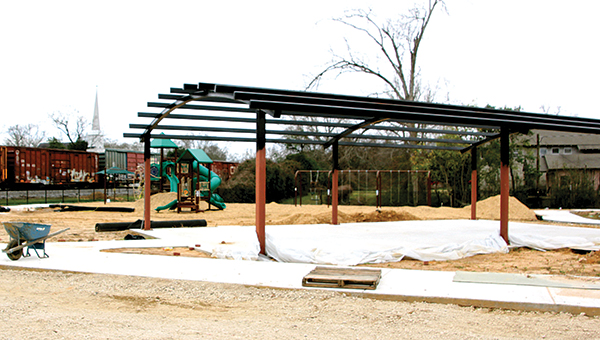 Wesson business owners debated with the Wesson Board of Aldermen Tuesday concerning the placement of business signs on offsite land.

Larry and Jarrad Ashley, owners of Ashley’s 51 Stop and Shop N’ Wash, requested the board look into the city’s zoning regulations regarding business signs.

Jarrad Ashley said a sign advertising Ashley’s 51 Stop’s subs, ribs and crawfish at the intersection of Hwy. 51 and Old Hwy. 51 was taken down, and Larry was later notified that it was against city ordinances to place a business sign on a piece of property where the business was not located, despite owning that piece of property.

Jeff Knight, member of the Wesson zoning committee, brought the committee’s recommendations regarding the matter to board.

“What we have basically decided through all this mumbo jumbo is, instead of (Larry) putting the sign back up and requesting the variance this month, the zoning committee is recommending to the mayor and aldermen, that the mayor and Chamber of Commerce get together and see if there are some ideas that are out there, that would be able to advertise all of our merchants in the downtown area,” Knight said. “There is a good bit of traffic that comes from Brookhaven to Wesson that go through Co-Lin. I being one of them, most of the time, but I know where everything is too. But people that’s not familiar with it, it looks like it would be a good economic development avenue for the town, for the Chamber of Commerce to either provide that or provide space available. There’s a bunch of ideas. We’re suggesting the mayor and chamber get together and come up with a good solution.”

The committee recommended the Board of Aldermen and Chamber of Commerce make a decision regarding business sign placement within 30 days. The Ashleys, however, urged the town for a solution that night.

“My business is right now,” Jarrad said. “Crawfish is only ‘til May. I would like to have my sign up tomorrow, if I can put it up.”

Jarrad said within the few days of the signs placement, numerous new customers purchased food from Ashley’s 51 Stop, claiming the sign brought them to the food destination. The new traffic could improve the economic development of the whole town, he said.

Larry said there were numerous signs within the town that did not follow the ordinances placed before him.

“This can get a little hairy here because I’m fixing to knock on some people, that I really don’t want them to pull a sign down, but there are numerous signs around town,” Larry said. “I got a little raw on this deal because Wednesday afternoon the sign was put up. Friday morning I had a call, it’s got to come down. If it’s not down by Wednesday you will be fined.”

Wesson Mayor Alton Shaw said the town would look into the signs Larry claimed did not follow the ordinances, but that some may have been grandfathered in when the policies were adopted.

The board did not make a decision regarding Ashley’s 51 Stop sign Tuesday evening.

Wesson was selected as one of 10 cities in the state to receive a grant that will allow the town to paint the water tower located by Copiah-Lincoln Community College, Shaw said.

“As you know this past legislative session, we applied for a grant for $250,000 to paint the water tank at Co-Lin,” Shaw said. “All the preliminary stuff has been done, we received the money from the state.”

Knight explained the process the board will have to take to complete the project.

“According to the referendum of understanding you have to follow the outline set forward by the department of finance and administration,” Knight said. “You have to sign a professional services agreement, that covers the design and construction of engineering phase services for the project. Once we do that, we can go back and do a physical inspection again, we’ve already done that two or three years ago. We’ll have to do that and then make a list of all the required safety improvements and then we will look at what type of existing coating is on the tank, on interior and exterior, look at any modifications we have to do and controls. We will submit that to the state health department to approve the drinking water.”

Knight said once those steps are completed, the board can move forward with searching for a contractor.

“Once y’all sign this contract, we’ll probably have someone down here the first part of next week doing the official inspections,” Knight said. “The longest time in this is the 30-day review period for the Department of Health.”

“I don’t think most people realize how much it costs to paint one of those things,” Shaw said. “I believe we did one up by the power plant, and it was in the 150 to 120 thousand range. This one is a bigger tank and about 10 years later, with the price increase, its now going to cost about 250,000. We are definitely appreciative to the state in helping us do this.”

Shaw said the playground project is moving forward toward completion.

“We’re getting ready to order the lights,” Shaw said.

Ward 4 Alderman Mike King suggested the town put up construction signs while the playground is still being built, after seeing children already playing on the unfinished playground.

Shaw reviewed with the board damage done during the storm and extended a thank you to the city of Brookhaven.

“We would like to say a special thanks to the city of Brookhaven,” Shaw said. “They called up that afternoon to see if they could help. They sent a couple of crews with trucks, loaders and everything to help us clean up and get everything out of the way. They did a tremendous service to us and within two days did what it would have took us probably two months to do with the limited resources we have. So we’re very thankful to them and what they did to help with that.” 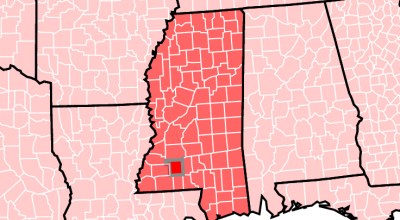 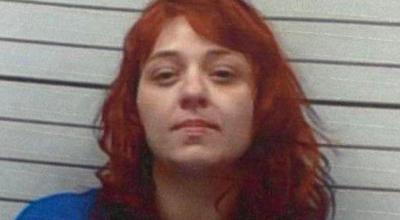 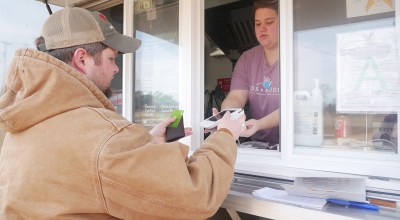