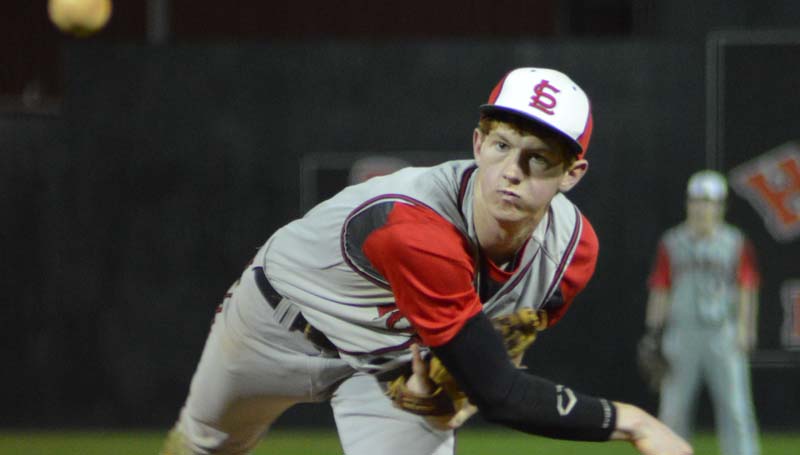 The Loyd Star Hornets captured a 8-7 victory over the Wesson Cobras Thursday in the opening round of the Lincoln County Invitational tournament at Loyd Star.

“We started off hot offensively and cooled down oto early,” said Loyd Star coach Jared Britt. “We have to learn how to put teams away. Dylan Smith came in and pitched two good innings and Levi Redd did a good job closing the game. Overall, this was a good win for us to move forward, but we need to clean up in some areas in order to win consistently.”

The Hornets plated five runs in the first, but the Cobras rallied back in the third, fourth and fifth innings to take the lead at 7-5. In the bottom of the fifth, Loyd Star answered Wesson’s challenge with a three-run push to reclaim the lead at 8-7 and held on in the final two innings for the win.

Dylan Smith was the winning pitcher for the Hornets with two strikeouts and one walk. Levi Redd (2K, 0 BB) pitched in relief to collect the save. Konner Allen (3K, 2BB) pitched three innings as the Hornets starter.

Alex Mooney suffered the setback on the mound for Wesson with three strikeouts and two walks.

Mooney paced the Cobras at the plate with two singles. Will McInnis, Alex Daughdrill, Jeremy Smith and Peyton Selmon provided a double each. Bolon Tadlock and Preston Middle had single apiece.