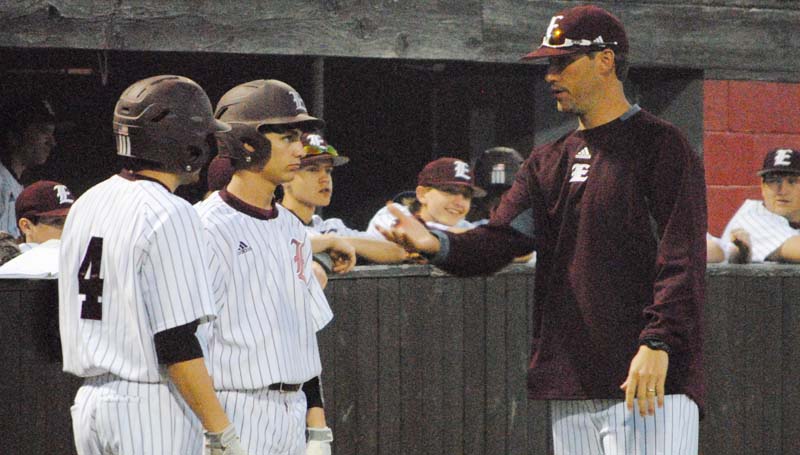 The Enterprise Jackets picked up two 12-0 victories this weekend at the Lincoln County Invitational tournament at Loyd Star.

In the Friday night contest, the Jackets won 12-0 over the South Pike Eagles. In Saturday’s game, Enterprise thumped the East Marion Eagles 12-0.

The Jackets (1-2) begin Region 7-2A action Monday as they travel to Liberty to battle the Amite County Trojans in a varsity doubleheader. Game time is at 11:30 a.m.

The Jackets knocked off the Eagles in a four-inning contest at Smith Field, scoring five runs in the first inning, three runs in the second inning, one run in the third inning and four more in the fourth inning.

Fugler went the distance to collect the win on the mound for Enterprise with seven strikeouts and no walks.

Malik Leonard absorbed the loss for the Eagles with one strikeout and four walks.

Hunter Richardson and Marvin Butler powered the Jackets with a double and a single apiece. Tanner Waldrop, Landon Gartman and Cade Cangemi contributed a pair of singles each. Hitting safely were Brady Watts, Zac Hodges and Jeffrey Daniels.

Christian Ming recorded the only hit on offense for the Eagles with a single.

The Jackets continued the winning streak Saturday with another easy, four-inning shutout. Enterprise’s defense held East Marion scoreless, while their offense scored two runs in the first, six runs in the second and two more run in the third, before ending the game in the fourth by adding two more runs.

“The guys played really well offensively and defensively,” said Brister. “This was a good win, but we can’t get complacent as we start our division race Monday.”

Landon Gartman pitched the three-hit shutout for the Jackets collecting seven strikeouts and gave up only two walks.