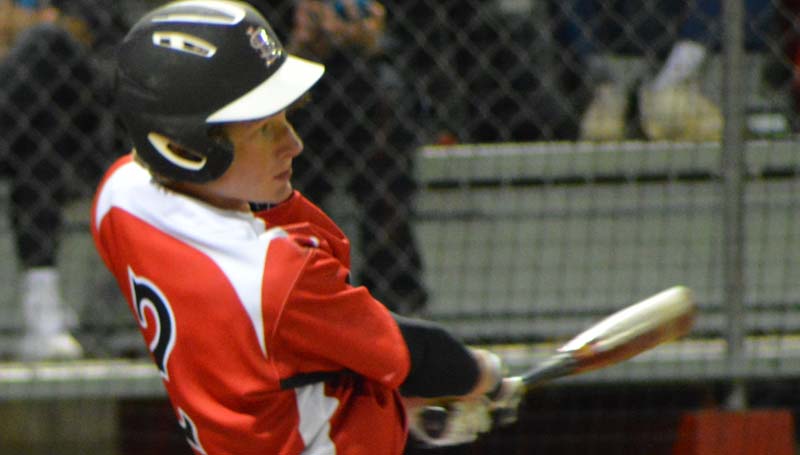 The Loyd Star Hornets captured a 13-1 win over the Bogue Chitto Bobcats Friday in the Lincoln County Invitational baseball tournament at Smith Field.

The Hornets (2-2), coached by Jared Britt, will resume action Tuesday when they visit Bassfield to battle the Yellowjackets. Junior varsity action begins at 4:30 p.m., followed by the varsity game at 6:30 p.m.

The Hornets knocked off the visiting Bobcats in a four-inning contest. Loyd Star plated four runs each in the first, second and third innings to secure a 12-0 lead.

The Bobcats managed to score their only run in the top of the fourth inning. Loyd Star answered in the bottom of the fourth with one run to collect the win on a 12-rule mercy rule.

“Our bats came out hot again tonight,” said Britt. “Flowers and Murray did a good job for us on the mound. This was a good win, but we must continue to work hard and have the hunger to compete daily.”

Parker Flowers pitched three innings to collect the win on the mound for the Hornets with nine strikeouts and three walks. Logan Murray (2K, 2BB) pitched the final inning in relief.

Trey Nettles suffered the setback on the mound for the Bobcats with no strikeouts and four walks. Conner Douglas (0K, 2BB) and Rudy Brumfield (0K, 3BB) also saw some action on the mound in relief.

Murray powered the Hornets with a homerun and a triple. Cade Hodges contributed a triple and a double. Lamar Lang and Konner Allen provided a double each. Levi Redd hit a single.

Bogue Chitto was led at the plate with a single each from Kobe Roberts, Tucker Lambert and Brandon McKenzie.