Lady Cats gear up for Biggersville 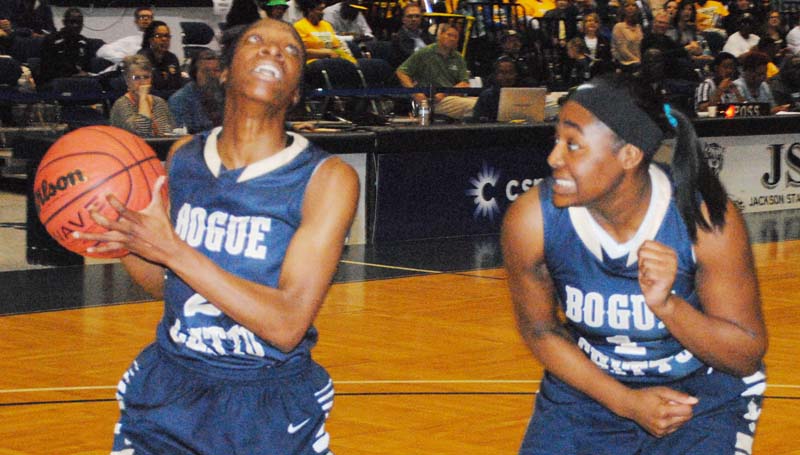 Daily Leader / Marty Albright / Bogue Chitto’s Zariah Matthews (2) and the rest of the Lady Cats will be in action Monday as they battle Biggersville in the Class 1A state tournament girls’ semifinals at Jackson Coliseum.

BOGUE CHITTO – The Bogue Chitto Lady Cats are now just two wins away from their first state championship since 1995.

The Lady Cats, coached by Christi Terrell, will be in action Monday at 9 a.m. when they take on the Biggersville Lady Lions in the Jackson Coliseum.

The Lady Lions (26-10), coached by Cliff Little, defeated West Lowndes 49-28 to advance to the semifinals.

“We are ready to play,” Terrell said. “We are at the point in the season where we have to lay it all on the line. The girls played a great game defensively against West Union. It was a great team effort overall.”

Terrell’s squad will now focus on the task at hand.

“Biggersville has a few girls that like to drive to the basket. They also have some girls that can shoot the ball really well from the outside,” said Terrell. “As for us, we are going to play Bogue Chitto basketball, that is what we know how to do. The girls are focused and ready and when we hit the court Monday we will leave it all on the court.”