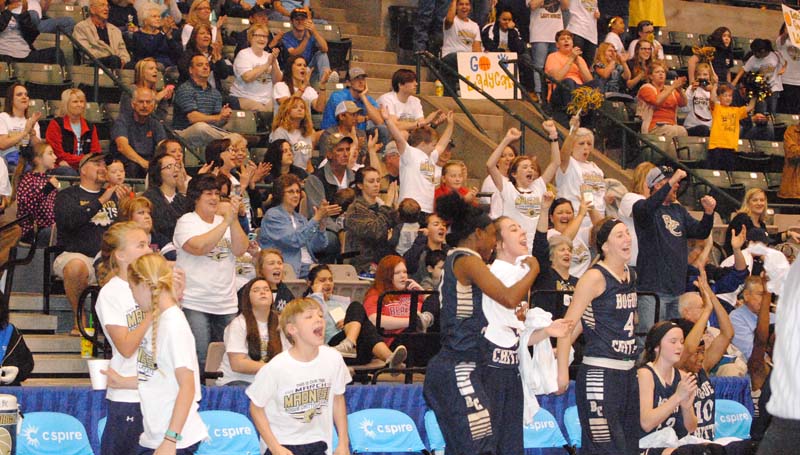 Daily Leader / Marty Albright / The Bobcat Nation is ready to cheer on their Lady Cats as Bogue Chitto takes on Shaw in the girls’ Class 1A State Championship today at the Jackson Coliseum.

BOGUE CHITTO – Christi Terrell and her Lady Cats will take the court in Jackson today with a chance to do something that hasn’t been done in two decades – win a state title.

Bogue Chitto will take on the Shaw Lady Hawks in the Jackson Coliseum in the 1A state championship game. Tip off is at 1 p.m.

The Lady Cats (31-3, 4-0), ranked No. 1 in Class 1A polls, dominated the Biggersville Lady Lions 77-40 in Monday’s semifinal contest to advance to the championship game. 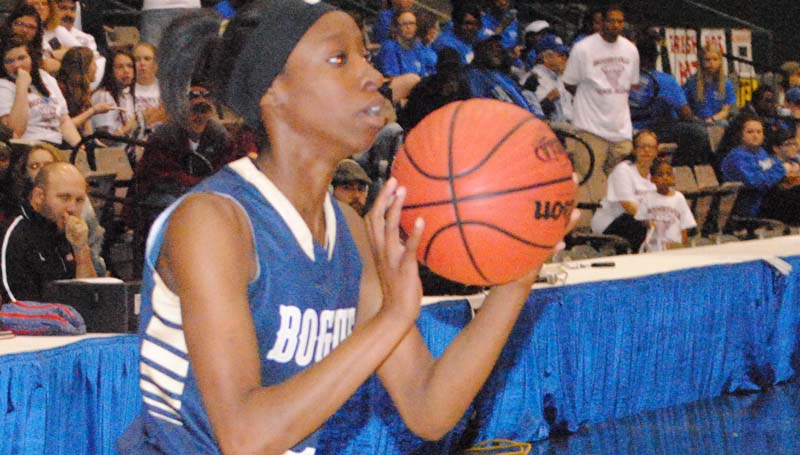 Daily Leader / Marty Albright / Bogue Chitto’s Zariah Matthews and the rest of the Lady Cats will battle the Shaw Lady Hawks for the Class 1A State Championship.

The Lady Hawks (21-9), coached by Ricky Lunford, advanced to the championship game after beating Vardaman 49-47. Shaw, trailing 32-27, rallied back in the fourth quarter with a 22-15 run to escape with the victory.

“We are excited to be playing for the championship,” Terrell said. “The girls have worked hard to get to this point. Our goal still remains the same as we will do whatever it takes to win as we prepare to lay it all on the line once again for a chance to win the championship. The girls played a great game offensively and defensively against Biggersville. It was a great team effort overall.”

Terrell said her Lady Cats are focused and ready to play. They will battle a Shaw team that loves to drive to the basket and can shoot well from the outside.

“They also have some girls that loves to crash the boards for second-chance opportunities, which we will have to cut out,” said Terrell. “As for us, we are still going to play Bogue Chitto basketball, that is what we know how to do. The girls are focused and ready and when we hit the court today we will leave it all on the court.”

In Monday’s game against Biggersville, Mathews powered the Lady Cats with a game-high 27 points, seven rebounds, four assists and two steals. May and Williams chipped in 12 points apiece. May finished with six rebounds and Williams had three rebounds. Jefferson netted 10 points and had two rebounds. Nelson was the leader on the boards with nine rebounds and scored four points. Black also scored four points and had four rebounds. Leake and Henderson provided three points each. Hall had two points.