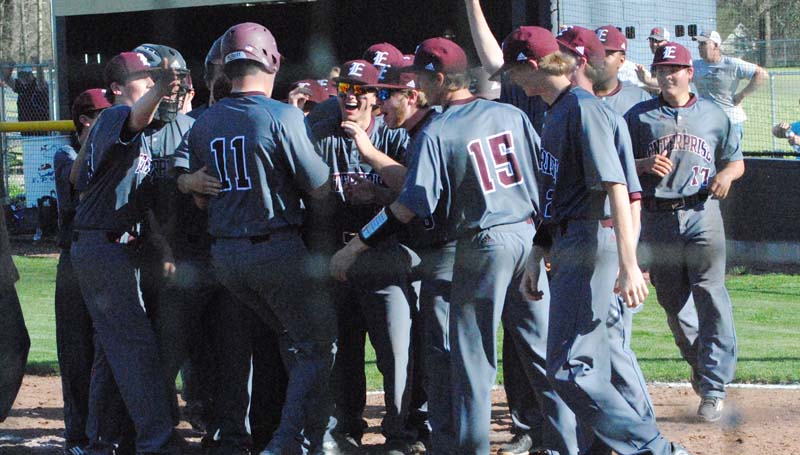 Daily Leader / Marty Albright / Enterprise’s Hunter Richardson is greeted at home plate by his teammates after hitting a homerun against Bogue Chitto Monday.

“It was great to be able to play after a week layoff,” said Enterprise coach Cass Brister. “The guys played well, but we still have a lot of things to do to get better before returning to district action next week.”

The Bobcats (3-4) will continue action today as they travel to Natchez to take on the Bulldogs. Junior varsity action begins at 5 p.m., followed by the varsity game at 7 p.m.

The Jackets (5-2, 2-0) will return to action Friday as they host the Brookhaven Panthers at Sullivan Field at Co-Lin for a varsity game only starting at 4:30 p.m.

The Jackets came out strong in the first inning to claim a 6-0 lead before the Bobcats managed to get on the scoreboard in the bottom of the second with one run. 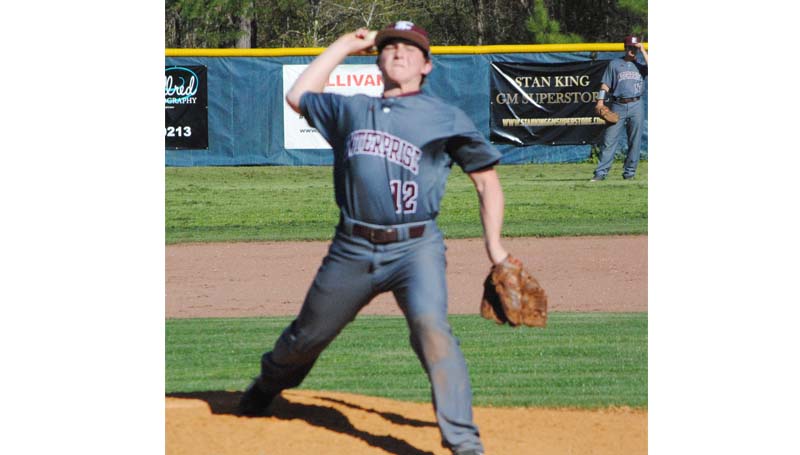 In the third, Enterprise scored three more runs to extend their lead to 9-1, but BC answered by plating two.

“The guys played hard,” said BC coach Tony Davis. “We are a very young team, but the guys are working hard everyday to get better.”

Tanner Waldrop was the winning pitcher for the Jackets with three strikeouts and four walks. Austin Fugler (8K, 0BB) came in the fifth inning and pitched in relief.