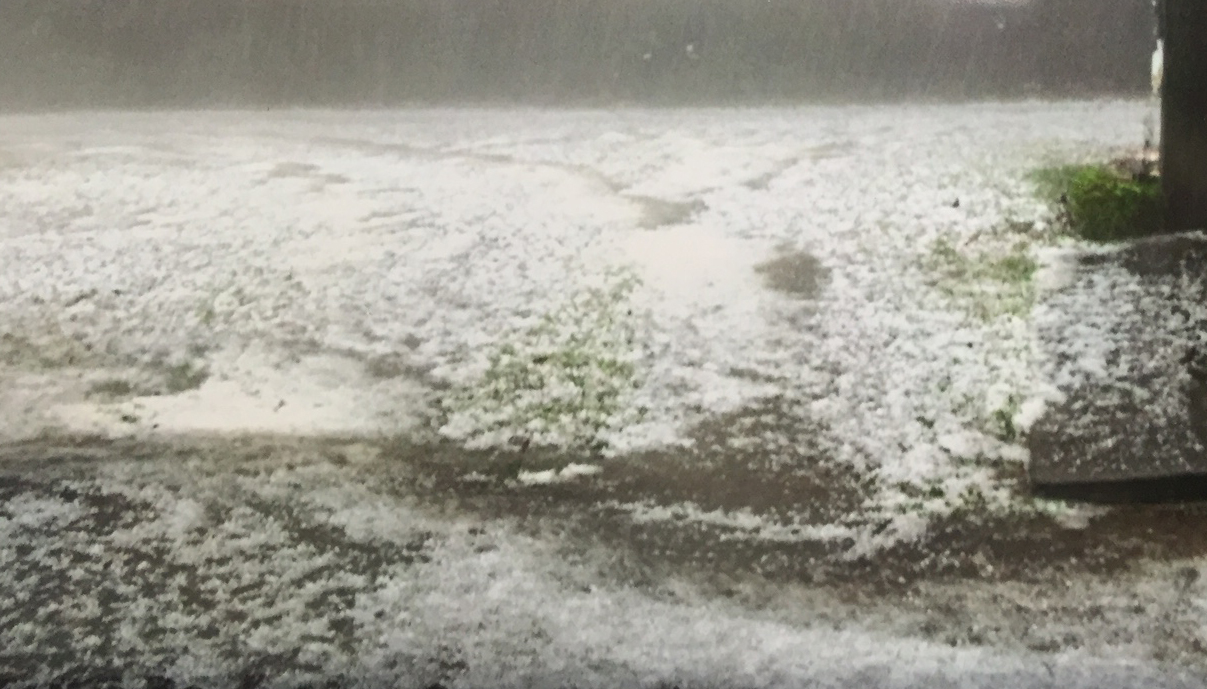 Elizabeth Wesse submitted this photo of hail at her house on Field Lark Lane.

Hail at least two inches wide was reported in Bogue Chitto Thursday morning, according to the National Weather Service.

A storm pushed through the area at about 9 a.m.

Winds reportedly damaged power lines in Lincoln County, causing outages. Trees were also downed in Lawrence County along Benson Road, Firetower Road and Hooker Road. A roof was blown off a lumber yard building near Silver Creek, according to the NWS. There were outages reported in Lawrence County.

Southern Pine said damage in the Silver Creek area could possibly be from a tornado. Several power poles and lines were damaged.