Jordan Nichole Efurd and Devin Joshua Lee, of West Point and formerly of Brookhaven, were united in marriage Saturday, March 12, 2016, at the home of the bride’s aunt and uncle, Mr. and Mrs. Roger Rich Jr., in the historic Pearlhaven community in Brookhaven. 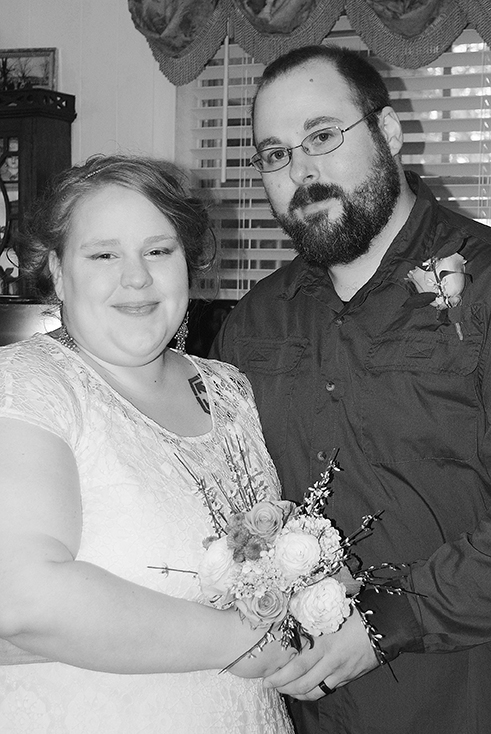 The groom is the son of Margaret Simpson, of Brookhaven, and Terry Lee, of West Point. He is the grandson of Diane Lee.

The bride wore an ankle-length cream-colored lace dress over a short cream-colored shift. It featured a scooped neck and was accented at the waist by an ecru ribbon. She carried a hand-tied bouquet of pale green and lavender roses.

Following the ceremony, a reception was held in the Rich family home, which once belonged to the bride’s maternal great-grandparents, Mr. and Mrs. Vance Means. The bride’s cake consisted of three tiers of chocolate petit fours from Janie’s Bakery. Guests also enjoyed a Southern meal of chicken and dumplings and a variety of sandwiches, chips, dips and vegetables.

Following a short honeymoon, the couple will make their home in West Point.