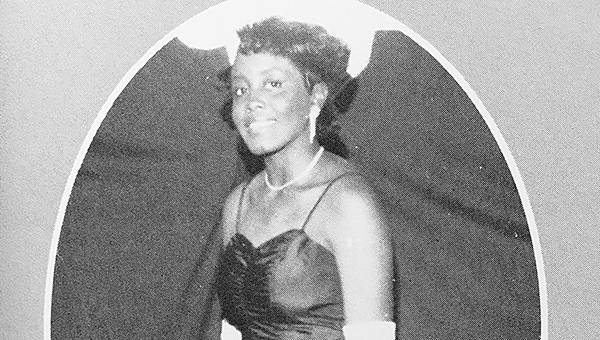 Photo submitted / Bridget London Hall was chosen as junior maid when she attended Brookhaven High School. She was killed in July after being shot in her home on Vivian Merrit Street.

Eight months after the murder of Bridget London Hall on July 6, no one has been arrested and it is unclear whether there are any suspects.

The Brookhaven Police Department has been discreet when discussing the investigation, sharing very few details since around the time of the fatal shooting.

Police Chief Bobby Bell said on Friday that Hall’s case is still open and that they’re working on it, but not much else. When asked if the BPD had any suspects or leads, Bell declined to release any further details.

When asked about possible FBI reward money in relation to the Hall case, Bell said he did not know how the FBI reward system works. In October 2015, a reward up to $1,000 was offered through Crimestoppers.

Hall, 43, was shot multiple times at close range in her home on Vivian Merritt Street on July 6, scarcely 24 hours after the Sunday night shooting and death of Kelcay Anthony Humphrey, 25. A bystander on the scene the morning after Hall’s murder said the shooting happened around 11 p.m. that Monday night. He said around that time, he saw two men fleeing the scene headed toward North Jackson, one riding a bike and one on foot.

Claudis D. Montgomery, 40, of 4208 Highway 550, was charged with murder in Humphrey’s death Tuesday of that week (July 7). Montgomery’s brother, Claude, was Hall’s boyfriend. That association has raised speculation that the two murders are connected.

“We’re still investigating that and we feel like we’re close to making an arrest,” Bell said in August.

According to court documents dated Dec. 9, a grand jury refused to indict Montgomery, meaning he no longer faces the murder charge. Lincoln County Sheriff Steve Rushing confirmed Montgomery was released from jail around that time.

A few days after her death, Hall’s family set up a GoFundMe account for her three children, who were present at the home when the shooting occurred.

“She brought joy and lit up the room wherever she went,” the site reads. “Words cannot begin to express the sadness felt knowing that she will no longer be with us here each day.”