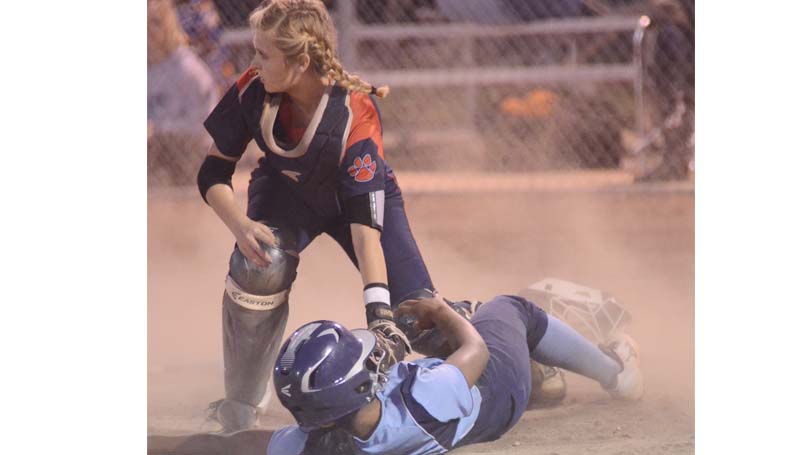 “Katherine Shell pitched a very good game,” said BHS coach Mandy Vinson. “We just made too many costly errors that hurt us at the end. Hopefully, we can bounced back and play better tomorrow.”

The Lady Panthers (5-3) will be in action today as they host a doubleheader varsity contest. Brookhaven will face Natchez at 5 p.m. for a big division test, then play Vicksburg in a make-up game to follow.

The Lady Jags (6-1, 1-0), coach by Sonya Wallace, will resume action Thursday as they take on Poplarville in Summit. Junior varsity action begin at 5 p.m., followed by the varsity game at 6:30 p.m.

Brookhaven and North Pike battled in a close contest as each team scored two runs to kick off the first.

The Lady Panthers managed to take over the lead in the third inning after plating one run, but the Lady Jaguars would answer in the top of the fourth, scoring two runs to reclaim the lead at 4-3.

With the score 6-5 heading into the seventh inning, the Lady Jaguars capitalized on a few Lady Panthers’ errors and scored five runs to push their lead to 11-5. They held on for the win.

The Lady Panthers committed seven errors in the contest, while North Pike had two.

“Glad to get the win,” said Wallace. “I was glad to see our offense finally manage to get going late in the game. I was very pleased with the bottom of our line up, they hit the ball really well tonight.”

Linley Smith was the winning pitcher for the Lady Jags, in relief, with one strikeout and one walk. Madison Bigner (6K, 4BB) started for North Pike.

Katherine Shell absorbed the setback for the Lady Panthers with three strikeouts and two walks.

Haley Speaks paced the Lady Panthers with a double and a single. Rileigh Allen and Kat Wallace hit safely.

Bigner powered the Lady Jags’ attack with a homerun and a single. Sarah Brock and Jenna Brook contributed two singles each. Janay Maxwell ripped a double. Janiah Talbert, Whitney Howell and Smith provided a single each.

Maley Moak recorded the only hit for Brookhaven with a single.