The Wesson boys golf team defeated the Loyd Star Hornets Monday afternoon at Wolf Hollow. The Cobras shot a 180 to capture the win.

Kyle Halloway directed Wesson with a 40. He was the event medalist. Will Hulon had a 48, Logan Channel had a 44, Alex Mooney shot a 49 and Bryce Langley scored a 48. 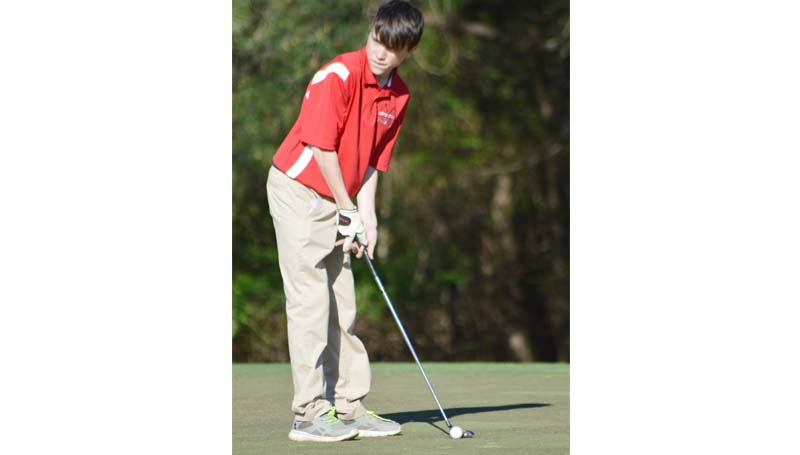 Loyd Star scored a 214 in the event. Jacob Piazza and Ethan Piazza paced the Hornets with a 53. Jacob Case and Cam Harveston both shot a 54.

Terrie McSweyn directed the Lady Cobras with a score of 47 and was the medalist. The Lady Hornets were led by Michaela Marler with a score of 52. Madi Lewis and Courtney Wyatt finished with a 53 each.

In junior varsity action, Sarah Beth King and Megan Garcia competed for the Lady Hornets and finished with a score of 54 each. The Cobras had two boys on the junior varsity team competing along with the varsity team. Chandler Byrd shot a 42 and Gavin Brister had a 51. Loyd Star’s golf team will return to action March 31 when they face West Lincoln and Enterprise at Wolf Hollow.