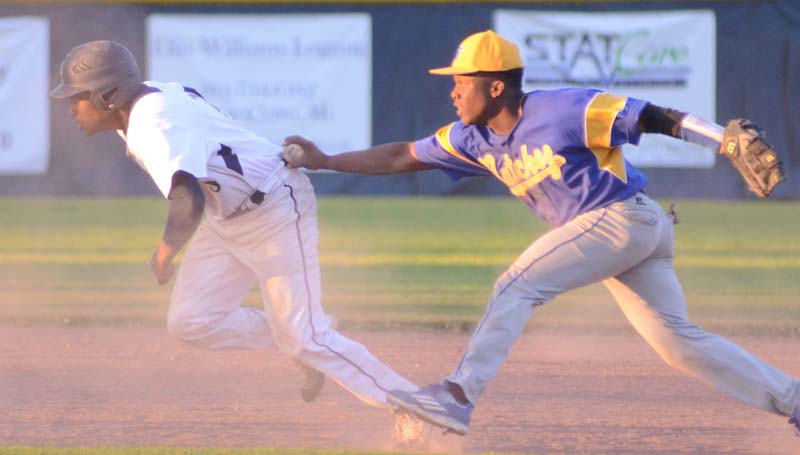 “The guys did a great job playing hard until the very end,” said BC coach Tony Davis. “We are a very young team fighting to get better.”

The Bobcats (3-7) will resume action Thursday as they travel to Tylertown to take on the Salem Wildcats. Junior varsity action begins at 5 p.m., followed by the varsity game at 7 p.m.

The Bobcats and the Bulldogs battled in a close contest in the first inning. Natchez scored three runs to start the game and BC answered in the bottom of the first, plating two runs.

Leading 3-2, Natchez put together an eight-run surge to increase its lead to 11-2 by the fifth.

In the bottom of the fifth, the Bobcats scored two quick runs to cut into Natchez’s lead at 11-4 but could not keep the rally going.

The Bulldogs would add on four more runs to increase their lead to 15-4 in the seventh inning. The Bobcats would push in their final run of the night in the bottom of the seventh.

Tyler “Rudy” Brumfield absorbed the setback on the mound for the Bobcats with five strikeouts and five walks.

Jordan Hamilton pitched the win for Natchez with three strikeouts and five walks.