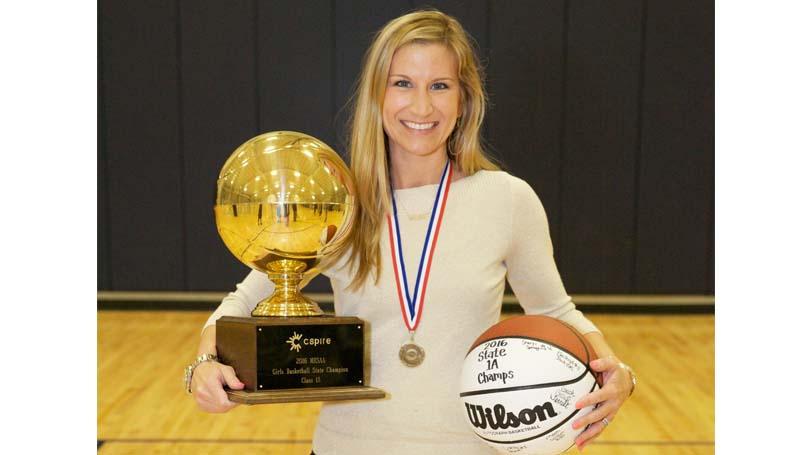 BOGUE CHITTO – Coach Christi Terrell and her Bogue Chitto Lady Cats defeated the Shaw Lady Hawks in the finals in Jackson to bring home the gold ball. They were as dominant in the championship game as they had been all season.

The Lady Cats stormed through the regular season and the playoffs beating teams by an average of 20 points or more and finished Terrell’s 12th season as head coach with a 31-3 record.

For these accomplishments, Terrell has been selected as The Daily Leader’s 2016 All-Area Girls Basketball Coach of the Year for the second straight year.

“This is a special honor and I am thankful for being named Coach of the Year,” said Terrell. “The players I have are what makes my job easier. These girls have worked hard and have done everything that I have asked.”

Terrell shared her thoughts on her Lady Cats’ championship season.

“We had a great season. This is a season that will stand out as a very special one. I thank God every day for the opportunity to coach a game I love at a place that I love. It feels good to bring the gold ball back to Bogue Chitto.”

Terrell praised the Bogue Chitto community and said she was grateful for Lincoln County’s support.

“We have been supported by not only the Bogue Chitto community, but the entire Lincoln County community has been very supportive too. We are fortunate to have great Bogue Chitto fans along with county fans as well. I want to thank families and friends of all the BC Lady Cats for their support. We love you all.”

Terrell teaches health/nutrition and family dynamics and coaches junior high and high school basketball. She’s married to Chris Terrell, a sales manager at Mike Whatley Honda. They have a son, Colby, who is BC’s water boy.

“My husband and son dealt with me during the season, when I’m sure I was acting like a snapping turtle,” said Terrell. “I am thankful for a great husband and son. They were there by my side throughout the whole season supporting me.”

Terrell said several fundraisers are underway to raise money for championship rings. They are currently selling T-shirts and detergent.