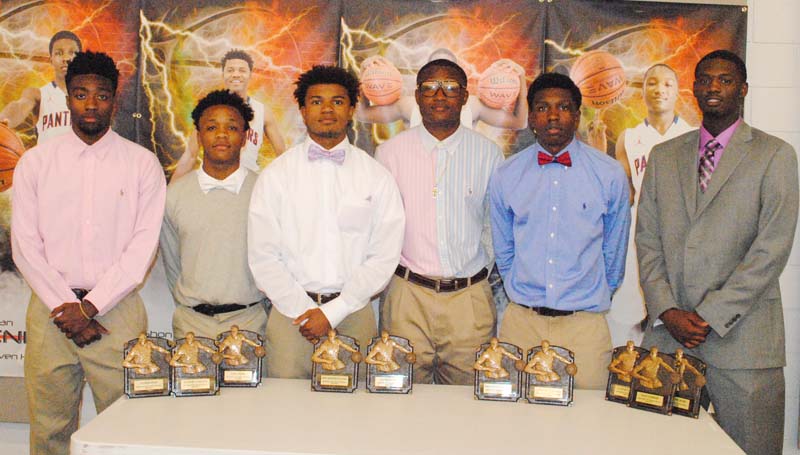 Lady Panthers coaches Preston Wilson and Zandra Hamilton recognized and handed out the individual awards to the girls.

“We know this was a tough rebuilding year, but the girls played hard and I was very proud of their effort,” said Wilson. “They fought hard every day to get better and did not give up.”

Johnique James received the Panther Award. The Most Improved Award went to Taylor Carter. The Scholastic Award was received by Arnancy Arnold.

“We had a very good season,” said Butler. “Our players worked real hard during the summer as we participated in three different camps to get better and it showed during the season. Even though we did not finish like we wanted, we did have a great season. I am very proud of the these guys and their effort that they gave all season long.”

Preston Wilson and Blackwell opened the ceremony by welcoming the crowd to the event, and Jada Henderson blessed the meal.

After the meal, the BHS Hardwood Club members recognized the senior members of boys and girls basketball teams with a special gift bag. 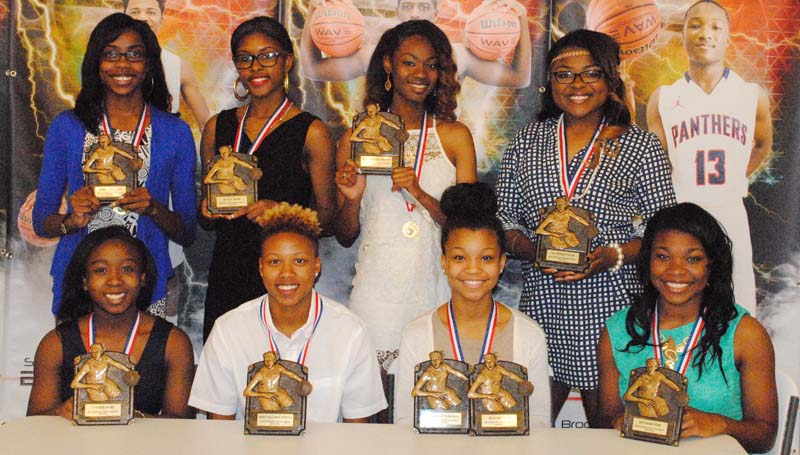