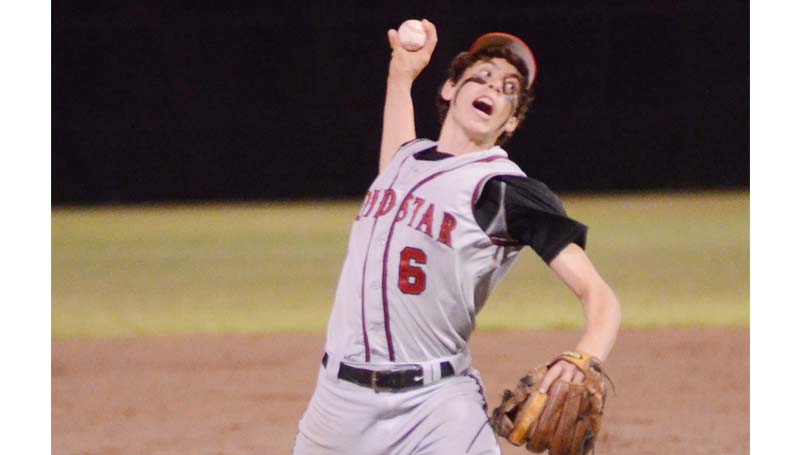 “This was a good solid win against a very good Enterprise ball team,” said Loyd Star coach Jared Britt. “We managed to get some key hits in some key situations in the sixth inning to grab a big lead. Cade Hodges pitched a great game on the mound for us. The series is not over yet, so we need to regroup and prepare for a tough battle Friday night.”

Both Loyd Star and Enterprise kicked off the first inning with a bang. The Hornets jumped out to an early 3-0 lead, and the Jackets answered with a four-run surge to take the lead at 4-3.

In the second, the Hornets scored one run to tie the game at 4-4.

The score would remained tied until the sixth inning, when Loyd Star’s offense caught fire and exploded with a nine-run blast to take control of the contest at 13-4.

The Jackets managed to score only more one run and the Hornets held on for the win.

“We just got outplayed tonight,” said Enterprise coach Cass Brister. “We were just not prepared enough and that is my fault. We need to regroup quickly and work hard the next couple of days to get ready for Loyd Star on Friday.”

Cade Hodges went the distance on the mound for Loyd Star, collecting 10 strikeouts and giving up only three walks.

Hunter Richardson and Landon Gartman were the top hitters for Enterprise with a double each. Austin Fugler, Tanner Waldrop, Zach Hodges and Jeffrey Daniels had a single each.