Brookhaven will soon have a new lunch spot, filled with the sounds of local artists.

“Music and Art at Trinity Park” will feature a different musician and Brookhaven Regional Arts Guild artist every Thursday in April. The performances will begin at noon.

Shaw Furlow, local musician and executive director of the Mississippi Musicians Hall of Fame, formed the idea after working with local musicians and community members.

“The bottom line is, for the last four or five years, we’ve been trying to build a music and art scene in this town,” Furlow said. “Through help from different musicians and locals, we’ve developed a pretty good music scene.”

“Saturday night there were two shows,” he said. “Four, five years ago that would have never happened. Other towns have events like this, and we’re just trying to build a music scene to get people interested. We’ve got a great theater group in town, artists and musicians. We just want to give them a place to play.”

The event will take place at Trinity Park, a rarely-used venue, connected to the Church of the Redeemer on 224 West Monticello St. April’s line up is as follows:

Furlow said April will be considered the event’s test-run, and if it does well, the event may be hosted again in the fall.

“What were trying to do right now is see if doing it in the spring works,” Furlow said. “If it does, we might do it again in the fall — it’s too hot in the summer and too cold in the winter.”

The artists scheduled to perform are close friends of Furlow’s that he believes do a wonderful job of entertaining. Several of the artists participated as musicians on Furlow’s “Music from the Shady Side” series last year or will be featured in the upcoming season, set to release this summer. The BRAG artists for each week will be in the park painting.

“We are encouraging people to bring a lawn chair and their lunch and sit out and watch artists and listen to the music,” Furlow said. 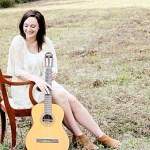 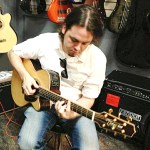 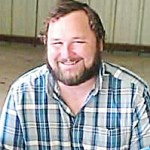 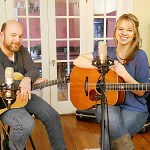