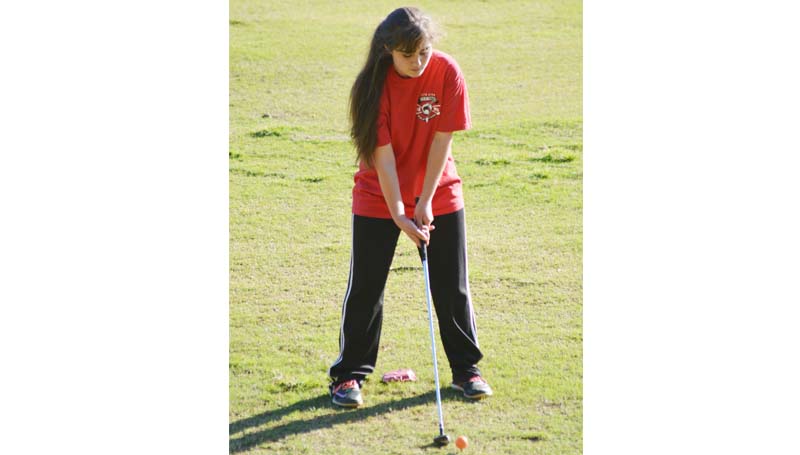 WESSON – The Wesson Boys and the Loyd Star girls were victorious Monday at Wolf Hollow.

The Lady Hornets scored a 150 to win the girls’ event. Courtney Wyant directed Loyd Star scoring with a 48 and was the event medalist. Michaela Marler had a 50, and Madi Lewis scored a 52.

The Lady Cobras finished score with a team score of 153. Carrie McSweyn finished with a 49 and Caitlyn Smith had a 50.

The Prentiss Lady Bulldogs placed third with a team of 160. Bre Butler and Mykira Loftin lead with a 53. Cydni Wynn and Cynnia Wynn, both shot a 54.

In boys’ action,  the Cobras won with a team score of 168. Will Hulon paced Wesson with a score of 38 and was the medalist. Bryce Langley and Alex Mooney both finished with a score of 43, Kyle Holloway had a 44, Chandler Byrd shot a 47 and Gavin score a 48.

Loyd Star placed second with a team score of 208. Peyton Bullock led the Hornets with a score of 48. Halsey Stewart and Ethan Piazza shot a 53 each, while Jacob Piazza and Jacob Case finished with a 54.

Prentiss finished third with a team score of 214. Brandon Stewart directed the Bulldogs with a score of 52. Jaylen Newsome, Andrew Smith, Robert Larkin, and Donovan King scored a 54 each

The Hornets, led by coaches Lydia and Chris King, will be in action against Brookhaven High School, Wesson, and West Lincoln  April 11 at the Brookhaven Country Club.