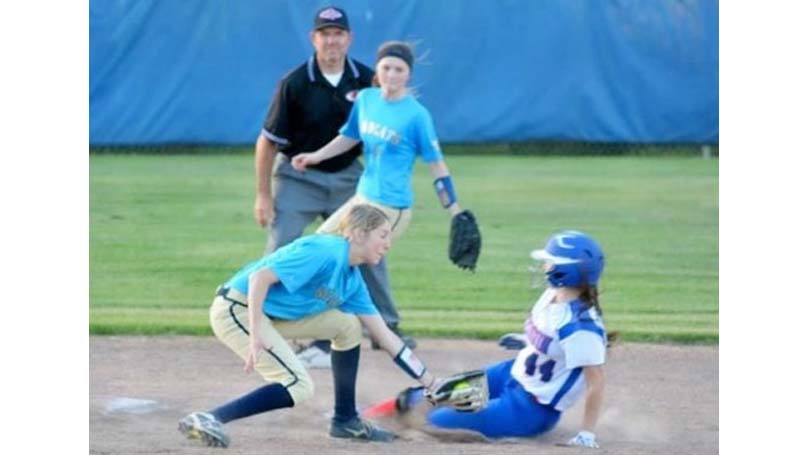 Trailing 2-0 after the first inning, Bogue Chitto’s offense came alive and outscored the Lady Cobras 9-0. They plated two runs in the second, four runs in the third, one run in the fourth and two more runs in the fifth to collect the win.

“We hit really well,” said Leggett. “Wesson is young, but they are a very good team.”

Codi Leggett pitched the victory for BC with no strikeouts and three walks.

Laynee Crapps suffered the setback on the rubber for Wesson with no strikeouts and two walks.

Amber Brinson directed the Lady Cobras with a double and a single. Riley Smith, Laynee Crapps, Brooke Jones and Arie Douglas contributed a single each.

The Lady Cats and the Lady Panthers battled in a scoreless contest until the fourth inning, when Brookhaven punched in one run to take a 1-0 lead.

In the fifth inning, BC put together a two-run rally to capture the lead at 2-1 and held on for the win.

“This was a tight game,” said Leggett. “Both pitchers did a great job. I was very pleased with my girls’ effort. We managed to get some clutch hits in the fifth to get the win. Our young girls really stepped up and our older girls finished the game.”

Christian Black tossed the win for BC with seven strikeouts and no walks.

Kat Shell absorbed the setback for Brookhaven with one strikeout and two walks.

Shell paced the Lady Panthers with a double. Tia Bussey, Kat Wallace and Haley Speaks had a single each.

Christian Black was the winning pitcher for the Lady Cats with five strikeouts and three walks.

Haley Nations absorbed the setback in the circle for Enterprise with seven strikeouts and three walks.

Zariah Matthews powered the Lady Cats’ hitting with a triple and a single. Terrah Nelson and Julianna Frazier provided a single each.