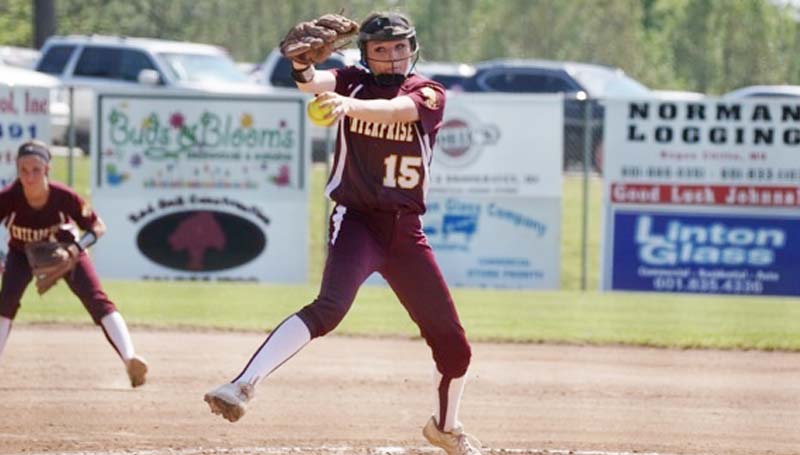 The Lady Jackets fell to the Bogue Chitto Lady Bobcats 4-0 in the first game, but bounced back to defeat the Ole Brook Lady Panthers 1-0 in the second game.

Bogue Chitto’s Zariah Matthews started the first inning with a triple and later scored on a bunt by Cherie Savoie. The Lady Bobcats would add another run before the Lady Jackets managed to get the final out of the inning.

Despite walking Carlee Nations and giving up a single to Jana Nations, BC’s Christian Black was able to get out of the first inning without giving up a run. The Lady Bobcats would score two more runs in the fifth inning.

Black blanked the Lady Jackets through five innings, pitching her way to a 4-0 win. She finished with five strikeouts and three walks.

Haley Nations suffered the setback on the rubber for Enterprise with seven strikeouts and five walks.

“It was a good day. Christian Black pitched good. We had good hitting and defense. Very proud of the girls,” said Bogue Chitto coach Scott Leggett.

In the second game, the Lady Jackets and the Lady Panthers battled in a scoreless pitchers’ duel through six innings.

Enterprise’s Lauren Gartman hit a game-winning, RBI single in the seventh inning to secure the win.

Haley Nations was the winning pitcher for the Lady Jacket with eight strikeouts and four walks.

Katherine Shell absorbed the setback in the circle for the Lady Panthers with four strikeouts and one walk.

“Proud of the girls. They stepped up the plate, ready to play tonight. Proud of how the girls played against a good team and a well-coached team,” said Enterprise coach Charissa Burke. “We’ll enjoy this win then start preparing for next week.”

Lauren Gartman led the Lady Jackets with two singles and one RBI. Kinsey Dahlin, Abby Meredith, and Haley Nations each hit a single.

Haley Speaks was the top hitter for Brookhaven with a double and a single.