Keep out: Old hospital a danger 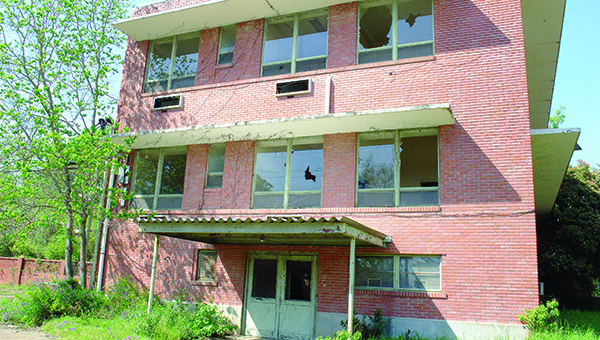 Photo by Aaron Paden / The building that once held King’s Daughters Hospital is currently abandoned. Despite attempts by the city, the owner Railroad Investments LP has left the building to fall into disrepair.

The old hospital on the corner of North Jackson and West Congress streets is a well-known landmark in the city. It’s also abandoned and has fallen into disrepair.

“It is a danger, and it’s an eyesore,” Brookhaven Police Chief Bobby Bell said.

It was built in 1922 by the Willing Hearts Circle as an upgrade to the original hospital on Chickasaw Street. But King’s Daughters Hospital would continue to grow, and it would eventually move into a new facility on Hwy. 51 in 1964.

It was sold to Silver Cross Health and Rehab Center, but some years ago Silver Cross moved to its current location near King’s Daughters Medical Center.

Over the years, Bell said there have been reports of children going through the place.

“Anytime somebody is in a building in that bad a shape, it’s a danger,” Bell said. “Our kids don’t have any business going into any building that has broken glass.”

Broken glass might be the least of the problems. In the 1920s the high toxicity of asbestos was not commonly known, and it’s possibly present in the building.

Fearn said they can’t know for sure if the building contains toxic material without doing a survey, but he said currently the cost of doing that is prohibitive unless they get funding from the EPA. The building also can’t be demolished without expensive testing and legal proceedings.

So the building will continue to deteriorate for the foreseeable future.