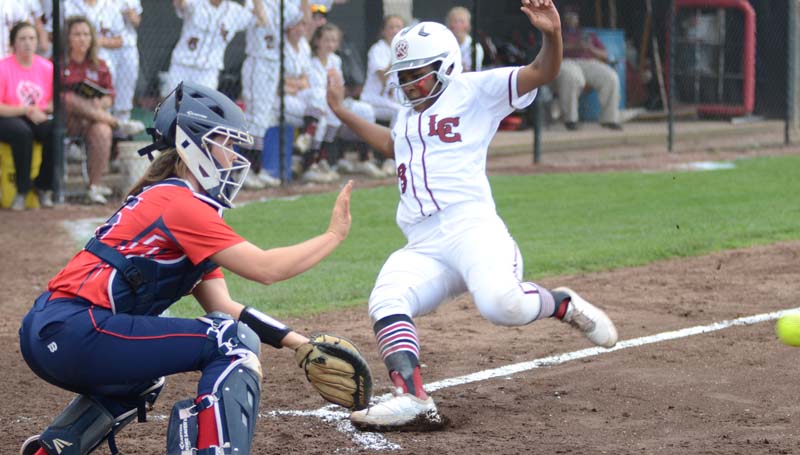 The Lady Cougars (17-6, 8-0) will continue action today when they host the Bogue Chitto Lady Cats for Senior Night. Junior varsity action begins at 5 p.m., followed by the varsity contest at 6:30 p.m.

The Lady Cougars came out swinging in the division championship and outhit the Lady Rebels 19-3.

Lawrence County started off slow in the first two innings, scoring one run each to secure a 2-0 lead.

In the third, the Lady Cougars’ bats started to heat up as they pounded out four runs. Lawrence County continued the hit-a-thon in the fourth with a five-run surge to take a commanding 11-2 lead.

The Lady Rebels scored their only two runs in the top of the fourth inning to avoid the shutout. The Lady Cougars would end the game in the sixth inning, plating one run to secure the win.

“I was very pleased with the way hit the ball and scored runs,” said Lawrence County coach Meleah Howard. “The girls did a great job playing hard and we are excited to win our district.”

Jordan Harp was the winning pitcher for the Lady Cougars with six strikeouts and one walk.

Kayla Jenkins suffered the loss for the Lady Rebels with no strikeouts and no walks.

The Lady Rebels were led on offense by Hannah Adcock, Meagan Wynne and Madison Hardage with a single each.

SUMMIT – The 19th Annual Southwest Football/Coca-Cola Golf Classic has been set for May 13. It will be played at... read more