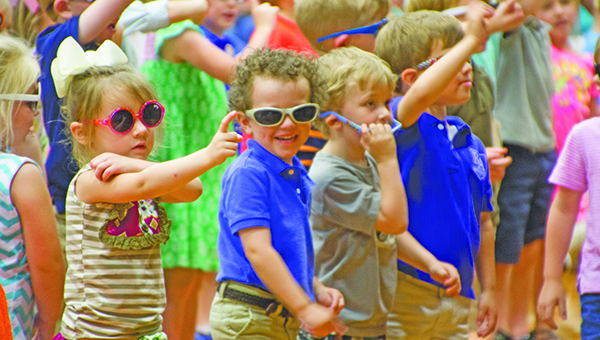 The event began in the John R. Gray Gymnasium, where the students gathered with their grandparents. BA Director of Development Brian Emory spoke on the importance of honoring grandparents and introduced both of the speakers.

“From all of us at Brookhaven Academy we sincerely appreciate each of the grandparents here today, and those who could not be here today, for trusting us to provide your grandchildren with a quality education in a Christian environment,” Interim Head of School Tommy Thompson said. 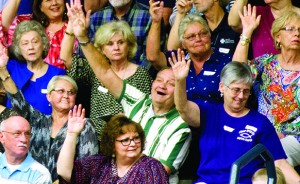 Grand Cougars Club President Becky Vaughn-Furlow recognized all of the hard work each student, staff and club member had put into preparing for the day.

“It was really a school function,” Vaughn-Furlow said. “We worked with the administration to get it set up, set the date and the program. It was a joint effort but the school administration really put it together.”

Vaughn-Furlow also explained the importance of the Grand Cougars Club and how all of the grandparents in attendance could become involved. 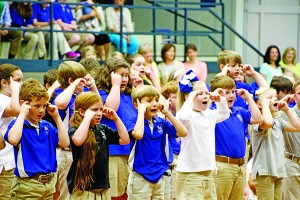 “We started the group about a year ago,” Vaughn-Furlow said. “Our purpose is to offer support and encouragement to our faculty and our students, and to further the mission of our school. We do a lot of things volunteer wise, time wise as well as monetary. We want to serve as an additional support group for athletics, academics, social, spiritual and personal growth.”

“A lot of independent schools have grandparents clubs, and we’re open to everyone joining — grand-friends, grand-aunts and uncles — to be able to get involved because if an individual wants to do something it can be hard to channel it without a group,” Vaughn-Furlow said. “Grandparents have such an influence on children, and for any school or organization to be successful they need support from everybody. You can’t ever have too many people to help make something a success.”

BA’s elementary school students concluded the gym assembly by performing a musical production for the grandparents. Each grandparent was then allowed to accompany their grandchildren to the classroom and lunch.

Elementary school Principal Paige Nelson closed by expressing gratitude toward the grandparents who invested their time and love in each BA student.

“We are so thankful to you grandparents,” Nelson said. “We’re thankful and honoring you today because without you, we couldn’t have all of this. We are so honored and we owe so much to you.”

The Lincoln County School Board contemplated where to find money for its declining repair and renovation fund at Monday’s board... read more