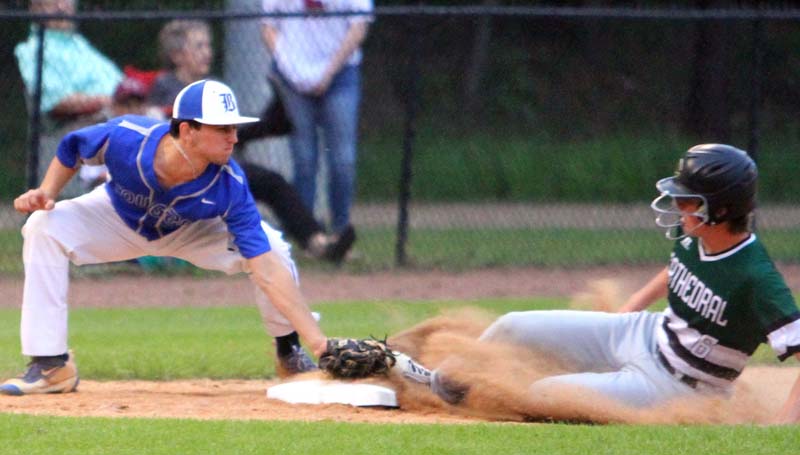 BROOKHAVEN – Gabe Smith had a solid performance on the mound for the Cathedral Green Wave as it defeated the Brookhaven Academy Cougars 11-1 in five innings Tuesday night in an MAIS District 4-AAA game.

Smith went the distance and allowed just one run on five hits, struck out six batters and walked three batters. The defense behind him was stellar as Cathedral did not commit a single error.

The Green Wave put the game out of reach with a five-run barrage in the top of the second inning to put the visitors ahead 6-0. Cathedral was up 8-0 before Brookhaven Academy scored its only run of the game in the bottom of the third inning.

Cathedral added another three runs in the top of the fourth inning to go up by 10 runs and Smith blanked the Cougars in the final two innings.

Zach Flattmann hit a home run while both Brock Farmer and Reed White went 2-for-3 to lead the Green Wave’s 10-hit attack. Farmer scored three runs while White drove in two runs and scored one run.