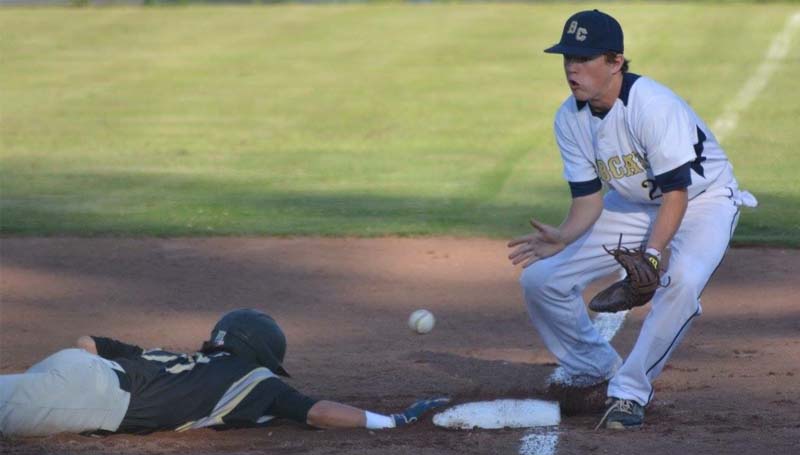 After splitting two games in a best-of-three series, Bogue Chitto will return home Monday to host Resurrection for the third game in the opening round of the Class 1A state baseball playoffs. Game time is at 6 p.m.

The Bobcats beat the Eagles 13-8 in the first game Friday night. The Bobcats traveled to Pascagoula Saturday to take on the Eagles in the second game and lost 12-5.

“Great game. We hit the ball like we wanted to all year. Tanner Gunther came in and took over on the mound. Connor Price, our ninth hole batter, got three hits including a homerun. That was a big night for him and for us,” coach Tony Davis said after Friday’s win.

The Eagles got off to a fast start in the first inning, jumping on the Bobcats to claim an early 3-0 lead.

Trailing 3-0, Bogue Chitto would respond in the bottom of the first, plating five runs on four hits to take a 5-3 lead. The Bobcats continued their strong hitting in the second inning, scoring three runs to extend their lead to 8-3.

In the third, the Eagles cut into the lead at 8-5 after scoring two runs, but Bogue Chitto answered with two runs.

Rudy Brumfield and Tucker Lambert would get two big hits in the start the inning and later scored on Connor Price’s two-RBI single.

Tanner Gunther was the winning pitcher for the Bobcats with five strikeouts and five walks.

Brandon Holliday suffered the loss on the mound for the Eagles with four strikeouts and two walks.

Connor Price was the offensive leader at the plate for BC with two single and a homerun. Tucker Lambert contributed three singles. Kobe Roberts and Tanner Gunther provided two singles and a double each. Grant Leake and Rudy Brumfield had a single apiece.

Behind a stellar pitching performance from senior Carter Culbertson and a solid defensive performance behind him, the Brookhaven Academy Cougars... read more